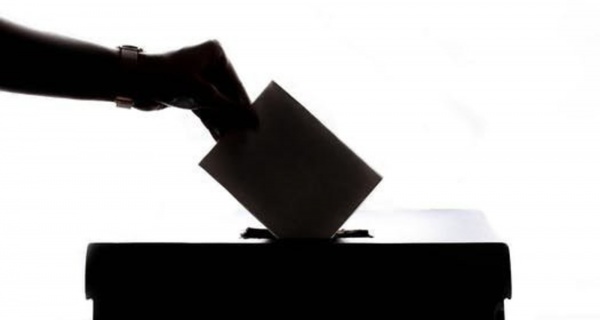 Florida’s reputation as America’s tightest -- and wildest -- swing state should stay intact, as a battle over felons’ voting rights seems destined for the courts. At the least, it’s increasingly looking like Florida’s 1.4 million disenfranchised ex-convicts won’t be the potent voting bloc they might’ve been.

Seven months ago, almost two-thirds of voters approved Amendment 4, which restores registration rights to many felons. Florida had been one of three states, along with Kentucky and Iowa, where those convicted of a felony were permanently prohibited from registering without going through a lengthy clemency process, and many saw Floridians’ vote as bringing the state into the U.S. mainstream. Only those convicted of murder and sexual offenses still are excluded.

However, Governor Ron DeSantis is expected to sign a bill within days that critics say will blunt much of Amendment 4’s impact. The bill passed by the Republican-led Legislature would require felons to pay off restitution, court fees and fines before registering -- a move that voting rights advocates say could have a chilling effect. So far, the number of former inmates who have visited a local supervisor of elections office to register has been a modest 2,000, according to one estimate.

Voting rights and civil liberties advocates mounted a well-funded campaign ahead of last year’s midterm elections to pass the voting rights amendment. A group called the Second Chances Florida campaign won over Floridians with stories of how ex-convicts -- renamed as “returning citizens” -- were eager to move beyond their troubled past. Behind the scenes, a political committee called Floridians for a Fair Democracy collected almost $27 million in checks and in-kind donations, according to state election records.

Several progressive groups and individuals gave six or seven figures to the cause, including the ACLU, the Washington-based Sixteen Thirty Fund and ice cream maker Ben & Jerry’s. It also won the endorsement of some conservative-leaning groups, including the Koch brothers-linked Freedom Partners, while a small group of critics gave Amendment 4 only token opposition.

Despite an overwhelming victory at the polls, supporters face major obstacles in carrying out Amendment 4’s promise if DeSantis signs the bill. And, while some political scientists thought Democrats would see a boost from having more than a million felons eligible to register, that, too, looks questionable.

On a recent Saturday, 20 lawyers and paralegals gathered in the back room of an Orlando church to learn how to help ex-convicts overcome the obstacles. Leading the session were representatives from the League of Women Voters of Florida and a Latino advocacy group called Latino Justice.

Former prisoners could simply pay off their court fees, fines and restitution, said Cecile Scoon, first vice president of the LWV. But in some cases that may add up to thousands of dollars and be unrealistic. Aside from that, the bill would allow them to petition a judge to waive the costs or convert them into community service hours at a rate of $12 to $15 an hour, she said. Motivating people to go to court will take some work, she acknowledged, because some haven’t voted in years and “those muscles have atrophied.”

Some civil liberties advocates in Florida call the requirement that former convicts pay their financial obligations before registering discrimination. The U.S. Constitution’s 24th Amendment, passed in 1964, prohibits the levying of poll taxes, which had been a prerequisite to voting in some states and effectively disenfranchised many blacks and poor whites.

It’s not clear how many of the estimated 1.4 million felons still owe money to the courts or restitution to their victims, and the state’s supervisors of elections are counting on Florida leaders figuring out a way to determine who owes how much, said Ron Labasky, general counsel for a trade group of Florida elections supervisors.

Republican Senator Jeff Brandes, one of the legislators who passed the bill, bristled at the poll tax language. He initially proposed a bill allowing for some financial obligations to be converted into civil liens that still would allow an ex-convict to register to vote. However, the Florida House of Representatives took a harder stance and demanded all financial obligations be repaid before registering, Brandes said.

Nonetheless, he defended the Legislature’s decision to require that former prisoners pay off their outstanding obligations. When backers of Amendment 4 presented the ballot initiative to the Florida Supreme Court for review, they acknowledged that one’s criminal sentence is completed only after fines, fees and restitution are paid, Brandes said.

A transcript from the Supreme Court shows that a lawyer who helped draft Amendment 4, Jon Mills of Gainesville, told the justices that the amendment requires one to complete all elements of a criminal sentence including financial obligations. In a follow-up interview, Mills said the issue is nuanced and that some costs are civil rather than criminal obligations from the start, while a judge can convert others. Groups like the ACLU are considering whether to mount a legal challenge if the governor signs the bill into law.

“We fully expect this to be litigated,” Brandes said.

For now, no one knows how big of a force felon-voting will be in Florida’s notoriously tight elections. Former President George W. Bush beat Al Gore in Florida in 2000 by just 537 votes, while DeSantis beat Democratic challenger Andrew Gillum by about 32,000 votes out of 8.2 million cast.

The Brennan Center for Justice, a research and advocacy group in New York, looked at three months of data from Florida and found that about 2,000 formerly incarcerated Floridians registered from January to March, although that may understate the total somewhat because of incomplete data. That’s far higher than the 250 felons who had registered each year in prior years. However, it’s a tiny fraction of the 1.4 million who may be eligible to register.

“That’s 2,000 people that were not eligible for it and now are eligible, and that’s a good thing,” said Aubrey Jewett, a political science professor at the University of Central Florida. “But in terms of moving the needle in an election, that’s a drop in the bucket.”

It’s also not clear that a majority of those people would register as Democrats, Jewett said, although the Brennan Center found that African Americans who often vote blue comprised 44% of the new registrants. In April, President Donald Trump’s son-in-law, Jared Kushner said he had seen data showing more felons in Florida were registering as Republicans than Democrats, although he didn’t provide evidence.

Still, the Democratic Party of Florida is working to help former convicts register. It’s hoping to register as many as 200,000 voters this year, including many ex-inmates, said Juan Penalosa, executive director of the Florida Democratic Party.

‘We have invested quite a bit of resources and organizers on the ground to ensure that everyone who wants to vote is able to register, and a big part of that is registering returning citizens,” he said.