The Story Of The Real Central Park Attacker 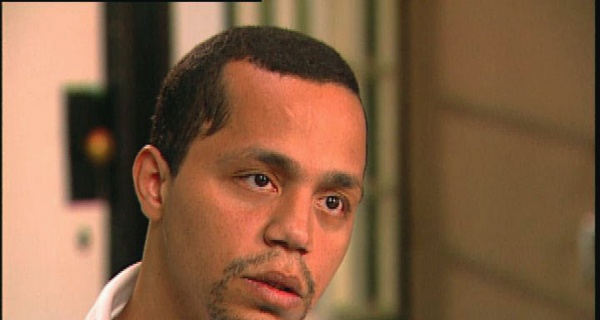 *The so-called "Central Park Five" were wrongly convicted of assaulting and raping a jogger in Central Park in 1989.

*In reality, the attack was committed by serial rapist Matias Reyes.

*As shown in Netflix series When They See Us, Matias confessed to the Central Park Jogger rape in 2002 and the other men were exonerated.

Ever since the May 31 release of Netflix's wildly popular miniseries When They See Us, the real-life story of the so-called "Central Park Five" has shot back into the spotlight. But the wrongful conviction of these five black and Latino men (Antron McCray, Kevin Richardson, Yusef Salaam, Raymond Santana, and Korey Wise), as seen in the series, begs the question: Who really committed the horrendous crime in the Central Park Jogger case?

This question is answered by one of the most striking moments in the series: when Korey, after serving more than a decade in prison, crosses paths with convicted murderer and serial rapist Matias Reyes. Seemingly moved by their encounter, Matias goes to the police and confesses to being the true, lone attacker in the Central Park Jogger rape - and DNA confirms his admission.

Let's a look back at the rapist's reign of terror in New York City - and where Central Park rapist Matias Reyes is today:

According to his 1991 interview with psychologist N. G. Berrill, Matias Reyes was born in Puerto Rico in 1971. He claimed he moved to New York with his mother before they ultimately went their separate ways when Matias was 15 or 16 years old. He also claimed he suffered sexual abuse as a young boy, before going on to commit violent crimes himself.

"Even as a child growing up in the school system, he exhibited violent behavior," Richard Siracusa, one of his court-appointed lawyers, told The New York Times in 2002. "To the average person, he would seem perfectly normal, but he was far from normal."

Matias was only a teenager when his brutal crime spree began. In 1988, when he was just 17, he committed his first attempted rape, holding a 27-year-old woman at knife-point as he threatened to assault her. This woman was able to talk Matias out of raping her, and she walked away unharmed. His future victims were not so lucky.

In April 1989, just before the widely publicized Central Park Jogger attack, Matias began beating and raping another 26-year-old woman in the northern part of Central Park. Mid-assault, he was spotted by passersby and fled from the scene.

The victim of this brutal assault later told police that her attacker had what appeared to be fresh stitches on his chin. And after putting out an inquiry to local hospitals, the sex crimes investigator on the case got a name: Matias Reyes. Unfortunately, that investigator was moved off the case shortly thereafter - and the victim moved away from from the city, never to be heard from by the New York Police Department again. Matias walked away without punishment.

Two days later, on April 19, 1989, a 28-year-old white investment banker named Trisha Meili was out jogging in Central Park when she was attacked in a similar fashion. Having been brutally raped and beaten (she suffered several skull fractures and a severe loss of blood), the Central Park Jogger, as she would soon become known, was left for dead in a park ravine. Four hours later, she was found, and the search for her attacker - or attackers - began.

As is shown in the Netflix's Ava Duvernay-directed miniseries When They See Us, five young black and Latino boys named Antron McCray, Kevin Richardson, Yusef Salaam, Raymond Santana, and Korey Wise were ultimately accused of committing the violent crime against the Central Park Jogger. The first four boys were sentenced to five to 10 years in a youth correctional facility, and the fifth boy (16-year-old Korey) was five to 15 years in an adult prison. DNA evidence found at the scene of the crime didn't match any of the five teens, but it made no difference - the general public had already decided them to be guilty.

Meanwhile, the true perpetrator of the crime, Matias (who was working as a deli clerk and living out of a van at the time), was free to keep committing his terrifying and violent crimes.

Matias would continue on a spree of rapes and assaults - earning him the nickname "East Side Slasher" - until he was finally caught on August 5, 1989. That afternoon, he broke into a 24-year-old woman's apartment before proceeding to rape her and ransack her home. Eventually, she was able to escape and run down to the lobby of her building, where she quickly explained to a porter and a fellow tenant what had just happened to her. When Matias followed the woman down the stairs, the men held him down until police arrived.

It didn't take long for police to connect Matias to a series of other crimes in the area, and under interrogation, he confessed to one murder, five rapes, and two attempted rapes. He went to trial not long thereafter, where he pleaded guilty and was sentenced to 33 years to life in prison.

Through all of his initial questioning, Matias never once mentioned his connection to the Central Park Jogger case. In fact, it wasn't until he met Korey Wise in prison that he even considered owning up to this particular crime.

Matias and Korey first crossed paths at the infamous Rikers Island jail, where they got into a scuffle over a TV. Then, more than a decade later, they found themselves in the same prison once again: this time, the Auburn Correctional Facility.

For whatever reason, after this second chance meeting, Matias felt moved to go to the police with the truth and in 2002, he admitted to being the lone attacker in the Central Park Jogger case. In a confession tape obtained by the New York Daily News, Matias put it this way: "I know it's hard for people to understand, after 12 years why a person would actually come forward to take responsibility for a crime. I've asked myself that question. At first, I was afraid, but at the end of the day I felt it was definitely the right thing to do."

DNA evidence and Matias's knowledge of details of the Central Park Jogger rape ultimately confirmed his guilt, and the Manhattan District Attorney at the time, Robert Morgenthau, had Korey released from prison and the Central Park Five vacated of all charges.

Where is Matias Reyes today?

Ultimately, Matias could not be convicted of the Central Park Jogger rape because of the statute of limitations on the crime. He's still in prison today for his earlier murder, however - and although he will be eligible for parole in 2022, he's likely to stay incarcerated.

To this day, the supervising prosecutor of the Central Park Five case, Linda Fairstein, maintains that the interrogation and trial methods used under her watch in the Central Park Jogger case were fair and lawful. And despite all evidence pointing to the contrary, she stands by her conviction that Antron, Kevin, Yusef, Raymond, and Korey participated in the 1989 attack: "I think Reyes ran with that pack of kids," Linda told The New Yorker in 2002.