Alan Dershowitz Says He Would 'Enthusiastically Vote For Biden' 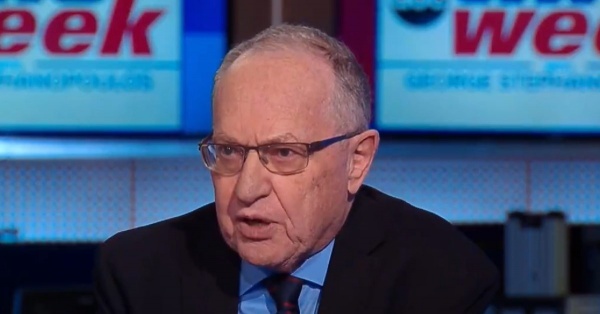 Donald Trump recently got some bad news vis-à-vis 2020 when an internal poll from his campaign showed him losing to Joe Biden in a number of key states, information he did not take well. Claiming it was the work of the “Fake (Corrupt) News Media,” which reported “Fake numbers that they made up & don’t even exist,” this week he insisted that the press was suppressing the real numbers that show he’s winning in every state polled. And now, according to polling slightly narrower and closer to home, the most popular president to ever live (in his mind) can’t even count on the vote of his favorite lawyer and defender.

During an interview with SiriusXM on Thursday, Harvard Law School professor Alan Dershowitz, who has railed against the Mueller investigation—Martha’s Vineyard social life be damned—and written an entire book called The Case Against Impeaching Trump, said he’s not sold on Trump for 2020. “I’m a strong supporter of Joe Biden,” Dershowitz told host Dan Abrams. “I like Joe Biden. I’ve liked him for a long time, and I could enthusiastically support Joe Biden.” Over Donald Trump, Abrams asked? “Over Donald Trump, yeah.” Should Bernie Sanders be the nominee, Dershowitz said, he’d find himself between a rock and a hard place. “If Bernie Sanders is nominated, that would present a real dilemma for me,” he said. “I don’t think under any circumstances I could vote for a man who went to England and campaigned for a bigot and anti-Semite like Jeremy Corbyn. I don’t think I could do it. I couldn’t pull that lever.”

Later on Twitter, perhaps seeking to ensure he still receives those sweet Trump retweets, Dershowitz claimed when he said he could “enthusiastically” vote for Biden, he didn’t mean to suggest his vote was in the bag. “I will not make a final decision who to vote for until Election Day,” he wrote. “I like Joe Biden but no one can take my vote for granted. I said I ‘could’ vote for Biden, not that I would. I don’t like what Biden said to JStreet about Israel. I could never vote for Sanders.”