Robert Reich Breaks Down The Failures Of Trumponomics 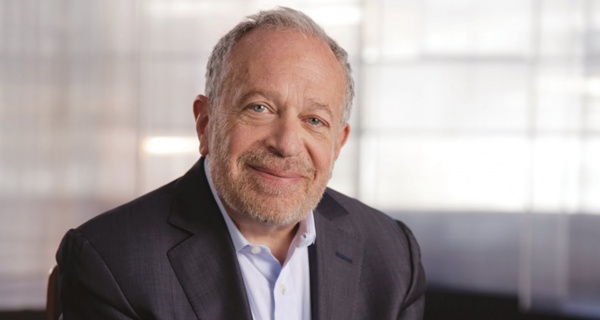 Donald Trump and Republicans in Congress keep crowing about the economy, when in reality Trumponomics has been a disaster. Here are its 7 biggest failures:

1. Trump promised to bring down America’s trade deficit “as fast as possible.” Instead, the trade deficit has hit an all-time high. The United States is now purchasing more goods and services from the rest of the world than we sell abroad than at any time in history.

2. As a presidential candidate in 2016, he said he could completely eliminate the federal debt in 8 years. Instead, the federal debt has exploded thanks to Trump and the GOP’s $1.9 trillion tax cuts for the wealthy and corporations. They’re already using the growing debt to threaten cuts to Social Security, Medicare, and Medicaid.

3. He promised to boost the wages of American workers, including a $4,000 pay raise for the average American family. Instead, wages for most Americans have been flat, adjusted for inflation. Meanwhile, over the same period, corporate profits have soared and the rich have become far richer, but the gains haven’t trickled down.

4. His administration said that corporations would invest their savings from tax cuts. Instead, corporations spent more money buying back shares of their own stock in 2018 than they invested in new equipment or facilities. These stock buybacks provide no real benefit for the economy but boost executive bonuses and payouts for wealthy investors.

5. He promised a tax cut for middle-class families. Instead, most Americans will end up paying more by 2027.

6. He promised to keep jobs in America and crack down on companies that ship jobs overseas. Instead, his tax law has created financial incentives for corporations to expand their operations abroad. Trump’s trade wars have also encouraged companies like Harley Davidson to move production overseas.

7. He promised to “drain the swamp” of Washington lobbyists. Instead, he’s put them in charge of health, safety, and environmental protections–which has endangered most Americans while increasing corporate profits even further.

The real recipe for economic growth is to invest in Americans–in their health, education, job training, and infrastructure.

But Trumponomics has exploded the deficit, hurt ordinary Americans, and lined the pockets of the wealthy and corporations.