A Look At The Meaning Of The 1994 Crime Bill 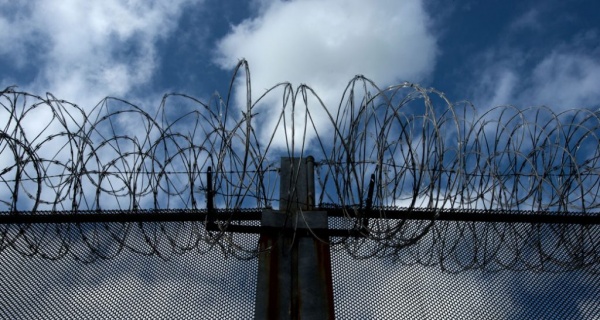 Late Monday, President Donald Trump sent out a series of tweets calling out Vice President Joe Biden for his involvement with the 1994 Violent Crime Control and Law Enforcement Act.

“Anyone associated with the 1994 Crime Bill will not have a chance of being elected. In particular, African Americans will not be able to vote for you,” Trump wrote. “I, on the other hand, was responsible for Criminal Justice Reform, which had tremendous support, and helped fix the bad 1994 Bill!”

Immediately, widespread criticism of the president erupted, reminding Trump that his own history with respect to criminal justice isn’t without some serious missteps. Trump has long been criticized for his inflammatory public comments and full-page newspaper ad calling for the execution of the Central Park Five – a group of black and Latino boys who were wrongfully convicted of the rape of the white “Central Park jogger.” Many have accused Trump of fueling racial tensions in New York City during the mid-80s, and leading a public charge for the state’s (now abolished) death penalty.

Twitter wars aside, has Trump made a point? Should Biden be apologizing for the 1994 bill?

That all depends on your perspective. During the early 90s, bipartisan calls to strengthen criminal laws – particularly drug laws – were commonplace. The 1994 Violent Crime Control and Law Enforcement Act effected sweeping change to law enforcement. It funded police departments, prisons, prevention programs, women’s shelters, and investigations into violence against women. It created sex-offender registries, a federal assault weapons ban, a domestic violence hotline, and a program to develop community police forces. It also expanded the list of federal death penalty offenses to include drive-by shootings, terrorism, carjackings, and civil-rights murders, and made gang membership an offense unto itself.

Much of the law’s function was to incentivize state legislatures to pass their own measures. The law encouraged states to adopt “three-strikes” rules that mandated life sentences for repeat-offenders as well as “truth in sentencing” laws that required inmates to serve at least 85 percent of their sentences. It also withdrew federal funding for inmates enrolling in higher education while incarcerated. In short, it did some good things and some not-so-good things.

The bill was drafted by then-Senator Joe Biden, who was the chairman of the Senate Judiciary Committee. It passed easily in the House, and passed 95 to 4 by the Senate. President Bill Clinton signed it into law in September 1994.

Like any complex legislation, the law was debated and revised as it made its way through Congress. At the time, though, the general concept of the bill was embraced by most lawmakers – harsher criminal laws would mean fewer crimes, and increased funding would mean better law enforcement.

What was less anticipated (or at least more ignored) was the practical fallout. Mandatory three-strikes laws resulted in less judicial and prosecutorial discretion, which in turn, led to a massive increase in incarceration. The blame for prison overcrowding, a racially-disproportionate effect on minorities, and erosion of relations between minorities and police fell squarely on the Crime Bill and its most vocal supporters.

Still today, there is much disagreement over the 1994 law’s direct impact on prison populations, race relations, and crime generally. President Bill Clinton has expressed significant regret over signing the bill, saying that while the bill did have some positive effects, its impact on incarceration rates and sentencings, “[made] our country worse off.” Biden has fended off criticism with reminders that he focused much of the bill’s budget on crime prevention, and reducing violence against women.