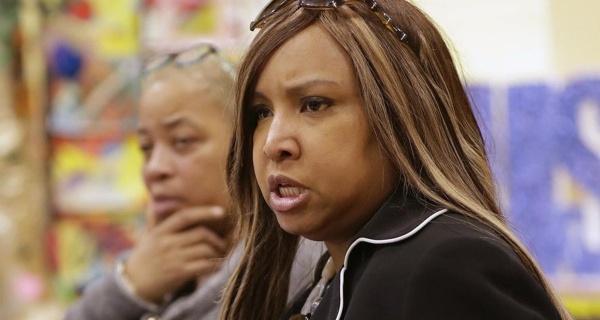 Lynne Patton, Eric Trump‘s former party planner, clearly cares more about her worship of the president and Housing and Urban Development (HUD) Secretary Ben Carson than obeying and respecting the laws of the country. She made that crystal clear on social media.

After Carson showed more of his HUD incompetence last week — he confusing a common housing term, REO, with an Oreo cookie smack dab in the middle of a House committee hearing live on national TV — Patton posted to Facebook using the “feeling disgusted” emoticon.

“Just retweeted this amazing tweet from both of my Twitter accounts— professional and personal. It may be a Hatch Act violation. It may not be. Either way. I honestly don’t care anymore,” he wrote on her page.

“These people are determined to try to ruin and discredit a good man,” she continued. “In the end, they will only serve to destroy themselves and this great country when successful men and women from the private sector refuse to become public servants and a target of their undeserving partisan hate and obstruction.”

In April, she was accused of violating the Hatch Act by watchdog organization Citizens for Responsibility and Ethics in Washington (CREW) for showing Trump campaign merchandise in her government office. “Government officials may not use their positions to promote partisan politics and certainly may not display campaign merchandise in the workplace,” CREW’s Executive Director Noah Bookbinder said in a statement at the time.

He continued, “Yet Lynne Patton and other Trump administration officials continue to violate this law time and time again. While any one of these violations may seem minor, taken together they represent an administration engaged in unprecedented partisan political activity in direct violation of the law.”

Patton clearly has no respect for herself or the country’s laws. This is the same person who willingly debased herself at Michael Cohen‘s congressional hearing when she stood by Republican Rep. Mark Meadows in a futile attempt to prove that Trump isn’t racist.

Also, in January of last year, she attacked another woman, April Ryan, calling her Miss Piggy.

Patton is just another example of the corrupt incompetence in this administration.