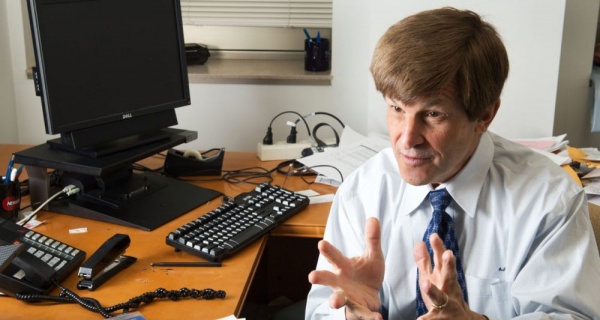 Lichtman, a professor at American University in Washington, DC, was the most prominent voice predicting Donald Trump's victory in the run-up to the 2016 election. When Trump won, it marked the 9th(!) straight presidential election where Lichtman had correctly predicted the Electoral College winner. (That's all the way back to 1984, for you math wizards.)

In short: Lichtman is someone the political world should listen to. So I reached out to him on Tuesday to see what he thought of Trump's current chances at a second term next November.

Here's what he told me:

"Trump wins again in 2020 unless six of 13 key factors turn against him. I have no final verdict yet because much could change during the next year. Currently, the President is down only three keys: Republican losses in the midterm elections, the lack of a foreign policy success, and the president's limited appeal to voters."

Here are Lichtman's 13 criteria -- via his book "Predicting the Next President: The Keys to the White House 2016" and as summarized by WaPo's Peter Stevenson:

2 Contest: There is no serious contest for the incumbent party nomination.

3. Incumbency: The incumbent party candidate is the sitting president.

4. Third party: There is no significant third party or independent campaign.

5. Short-term economy: The economy is not in recession during the election campaign.

8. Social unrest: There is no sustained social unrest during the term.

9. Scandal: The incumbent administration is untainted by major scandal.

12. Incumbent charisma: The incumbent party candidate is charismatic or a national hero.

13. Challenger charisma: The challenging party candidate is not charismatic or a national hero.

Which brings me to the most intriguing -- and outside-the-box -- suggestion from my conversation with Lichtman: He believes Democrats in the House not only should be pushing to impeach Trump, but may need to in order for their nominee to win in 2020.

"Democrats are fundamentally wrong about the politics of impeachment and their prospects for victory in 2020. An impeachment and subsequent trial would cost the president a crucial fourth key -- the scandal key -- just as it cost Democrats that key in 2000. The indictment and trial would also expose him to dropping another key by encouraging a serious challenge to his re-nomination. Other potential negative keys include the emergence of a charismatic Democratic challenger, a significant third-party challenge, a foreign policy disaster, or an election-year recession. Without impeachment, however, Democratic prospects are grim."

Which is VERY counter to the conventional wisdom on impeachment espoused by Speaker Nancy Pelosi and other prominent Democrats. Their thinking is that by impeaching Trump, Democrats turn him into a victim -- a role he relishes. And with the Republican-controlled Senate on record as planning to kill any impeachment attempt, most establishment Democrats view the whole thing very, very skeptically.

Of course, that view is informed by the moment -- and the politics of it. Polling suggests most Americans don't support impeachment and already believe Democrats have done enough investigating. Lichtman's 13 factors, on the other hand, don't deal in day-to-day politics or polling. They're based in broad, structural concepts he developed by studying every presidential election from 1860-1980.

Who's right? Who knows! But Lichtman's success in predicting winners means Democrats shouldn't simply ignore his advice on impeachment.