Why I Walked Away From The Republican Party 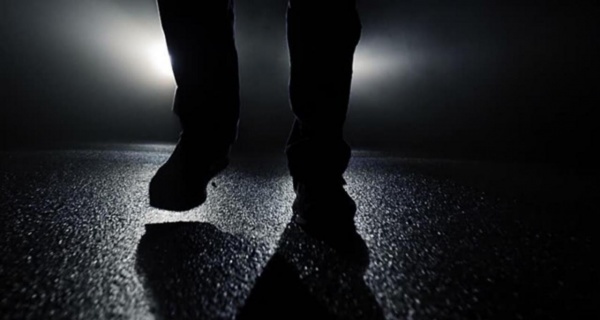 My background is rather unusual. In 2014, I went from group homes to a town of wealthy individuals when I moved in with my great aunt Joan, the woman I call my mother, at 16.

Coming from bars on the window, I went to a private high school with students with some of the biggest houses I’ve ever seen. From group homes to galas, needless to say, I felt out of place.

The school was lovely, as were my new friends, but I was extremely conscious of the need to fit in. I craved acceptance and validation, but I was different.

I was the only student of color, the queer students were marginalized, and my outspoken opinions did not always go over well with my audience. I wanted a home, and I found one. However, that “home” would not accept me as I was: a queer, disabled, black and Native American teen. All of a sudden, my very existence was political.

In a school with a mandatory class on modern Zionism, a school where I was ridiculed for saying I felt that both soldiers and Caitlyn Jenner were brave, a school where I came out of the closet as bisexual and quickly went back in, I seemed to be facing two options: assimilation or social suicide.

So I assimilated because things like that matter at 16. I walked the walk and wore the clothes. I climbed the social ladder and echoed the views and attitudes of those around me. I defended Israel, declared my love for Evan McMullin, and tweeted about it relentlessly. I became, effectively, an all-American, liberal Republican poster child.

I wanted a community, and I found several in Republicanism. However, there was a striking difference between my peers and me being little Republican edgelords, and it lies in my blackness.

When you’re a young black teen being loud about Republican politics on the internet, people listen. And some of the people who are listening want to co-opt your voice for their benefit.

I was found by several publications through my provocative tweets, who asked me to join their ranks. By the age of 17, I was working as a contributor for a small conservative publication. By 18, I was writing for other “teen-led” right-wing websites, I covered the Conservative Political Action Committee as a member of the press, and I had been published by Fox News.

And then I went to college.

I started college during an election year, and I went in all guns blazing. The first night of freshman year, I lectured a girl called Peyton (who is now a great friend of mine) about the detriments of feminism in front of the entire college dorm.

I made a fool of myself, but my identity hinged on being a young Republican with anti-feminist views. It felt edgy and cool; people got mad about it, but it gave me what I wanted: attention and belonging. I guess I thought that would translate to college.

After two years of fully immersing myself in Republicanism, I didn’t know how to be anything else. I didn’t have a real personality, and I honestly didn’t know jacks**t about politics. But as I started Politics 101, read the work, and considered that maybe I didn’t know everything, that began to change.

I learned that politics is not a substitute for my own identity, and started to figure out who I really was. I gave up the Republican crusade when I figured out I was harming my own interests, and shut up for a while while I figured out what I truly believed.

My politics changed, and that doesn’t make me a con artist or a flake. It makes me capable of growth, change, and thought. I can acknowledge the mistakes I’ve made, and still do good work in the future and present.

My old work is still out there, and while I’m grateful for the platform I was given, I do regret what I wrote. It’s not representative of where I am now, and I would make changes to the past if I could, but I can’t. All I can do now is be better, engage in activism, and forgive myself for thinking that popularity mattered more than principles during my young life.

Oh, and by the way, I’m a socialist now.