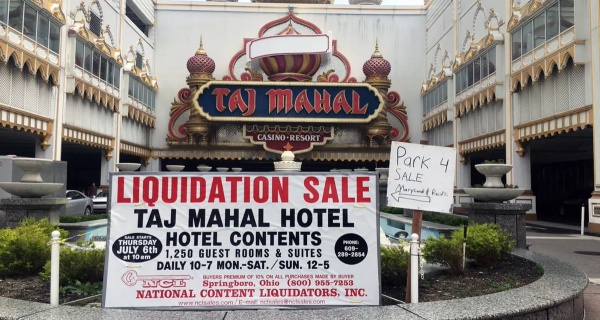 Last week, The New York Times followed up its 2018 report about Donald Trump inheriting $400 million from his father largely through highly questionable, possibly illegal tax schemes with the news that the “very successful” businessman had lost more than $1 billion between 1985 and 1994. Specifically, according to the team that won a Pulitzer for its coverage of Trump’s finances, the former real-estate developer frittered away a whopping $1.17 billion in a decade, “more money than nearly any other individual American taxpayer,” and such a massive sum “that he was able to avoid paying income taxes for eight of the 10 years.” If anyone still believed Trump to be a successful businessman, that’s the sort of data point you’d think would cause them to re-evaluate. But apparently, not so much!

According to a new Politico/Morning Consult poll, 54 percent of voters believe Trump “has been successful in business,” compared to 36 percent who think he’s been unsuccessful, and 10 percent who have no opinion. Broken down by party lines, a whopping 85 percent of Republican voters think Trump has kicked ass in the private sector—despite the 10 figures’ worth of losses, the bankruptcies, and the words “Trump Steaks . . . exclusively sold through The Sharper Image,” while a mere 10 percent of Republican voters view him as unsuccessful. (On the flip side, 61 percent of Democratic voters say he’s been unsuccessful.) Reminded about the Times report in a subsequent question, 74 percent of Republicans still clung to the belief that Trump was somewhat to very successful in business.

Of course, this isn’t the only area in which Trump supporters have been happy to buy his obvious lies. Elsewhere, many seemingly believe that he’s the same height and weight as Tim Tebow, and a full two inches taller than Barack Obama, glaring evidence to the contrary. They also seem to believe he’s as rich as he says he is, that his tax cut was all about the middle class and cost him “a fortune,” and that he can’t release his tax returns because he’s under audit.

To be fair, Trump’s rank-and-file believers have good company in high places. After the Times reported he lost $1 billion, the clapping seals at Fox & Friends remarked, “If anything, you read this and you’re like ‘wow, it’s pretty impressive, all the things that he’s done in his life. It’s beyond what most of us could ever achieve.”