Rudy Giuliani Will Do Anything To Stay Relevant 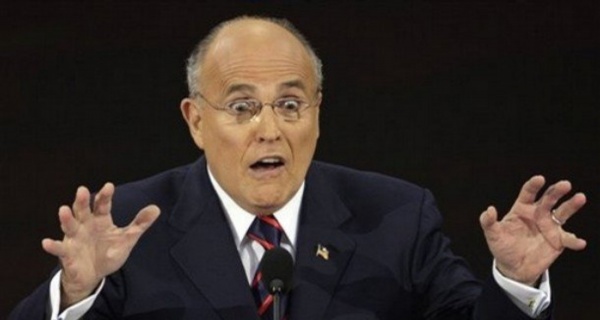 Giuliani had been highly criticized for the planned trip, which may have been a crime, with even the Trump re-election campaign attempting to distance themselves from the former New York City mayor.

But then he canceled.

“I’ve decided I’m not going to go to the Ukraine,” Giuliani said on Fox News.

“Last night, when you had Giuliani’s original statement, one of the things that shocked people beyond all the specifics, was the brazenness of it,” Kornacki noted.

“It’s a sick, twisted, evil, judo move,” Deutsch said. “It’s the Trump thing, if I keep doing it, it’s not wrong, I wouldn’t be doing it in public.”

“Just a side note on Giuliani, I’m a little bit older than you, I was here when Giuliani was running the city, he was a great mayor at one point,” Deutsch claimed. “After he left office, so many people who lived in the city felt he was exploiting 9/11 and he went from there.”

“He’s become such a despicable figure, such a tragic old man doing anything to stay relevant,” Deutsch said.

“What a disappointing, sad, little old man that has taken on such a dastardly, evil, twisted manner that he would display this in the last 24 hours, which was probably just a publicity stunt in the first place,” he continued.

“Out of all the president’s men, of all these swamp things, Rudy Giuliani stands out to me as the lowest of the low,” Deutsch concluded.