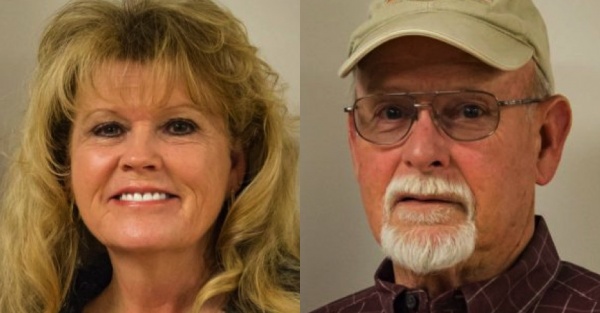 The mayor of a nearly all-white Georgia town has come under fire after allegedly acknowledging that she disqualified a candidate for employment because of his race. Meanwhile, her fellow city councilman excused her actions, explaining that interracial relationships are against his religion.

The small town of Hoschton, Ga., is 84.6 percent white and only 3.5 percent black, according to census data. So when the small town recently narrowed its search for a city administrator down to four potential employees, the Atlanta Journal-Constitution reports that one candidate was specifically excluded by the mayor’s office “because he is black, and the city isn’t ready for this.”

Mayor Theresa Kenerly reportedly told a member of the city council that she removed Keith Henry, a black man, for consideration for the job. But when Kenerly was asked about the allegations, she stated that she “can’t say I said it or not said it,” adding that she could not comment on things that happened in executive sessions.

“I do not recall making the statement attributed to me regarding any applicant for the City Administrator position,” she later said in a statement, before adding the trademark racist grammatical error. “I deny that I made any statement that suggest (sic) prejudice.”

Councilwoman Hope Weeks said the mayor uttered the comments during a closed-door session and then repeated them in the parking lot, apparently unafraid that one of the 88 black people in town would overhear her.

“She proceeded to tell me that the candidate was real good but he was black and we don’t have a big black population,” Weeks wrote in a May 4 account of the incident, according to the Constitution-Journal. “And she just didn’t think Hoschton was ready for that.”

Weeks informed one of her colleagues, Susan Powell and the councilwomen took their concerns to the city attorney, Thomas Mitchell. Mitchell apparently struck a deal with the five-person council to allow Kenerly to attend the interviews as long as she didn’t ask questions. In addition to modifying the city’s selection process to a racist game of “Simon Says,” Mitchell also warned the council members that they shouldn’t be putting any of this stuff in writing because... what if someone found out they were being racist?

Saying racist things in an official meeting or infusing racism into the municipal hiring practices is one thing, but what would happen if someone like...Oh, let’s say the Atlanta Journal-Constitution put in a Freedom of Information Act request for these emails? People would probably think they were racist.

“I don’t know how they would take it if we selected a black administrator,” said Councilman Jim Cleveland, whose official photo shows him dressed in his formal Harley-Davidson baseball cap and flannel shirt., adding: “She might have been right.”

Cleveland confirmed many parts of the report, explaining: “I understand Theresa saying that, simply because we’re not Atlanta. Things are different here than they are 50 miles down the road.”

Councilman Cleveland revealed that he also ranked the black candidate last. But he says he only did so because Henry did not come in for an in-person interview, not because of Henry’s race. Then Cleveland explained how not racist he was by testifying about his Christian teachings:

I’m a Christian and my Christian beliefs are you don’t do interracial marriage. That’s the way I was brought up and that’s the way I believe...I have black friends, I hired black people. But when it comes to all this stuff you see on TV, when you see blacks and whites together, it makes my blood boil because that’s just not the way a Christian is supposed to live.

Henry eventually withdrew his name from consideration after the meeting and phone interview because the city wanted him to come down from Houston, Texas, on his own dime with the promise that they would pay him later. The three other candidates were all within the state of Georgia and did not have to travel to the interview.

Henry did say that he didn’t detect any racism during the interview, but added that he was not shocked to hear that a small Georgia town was kinda racist.

When asked for comment, Jesus said that he had removed the names of Theresa Kennedy and Jim Cleveland for his list of candidates for everlasting life.

“They can go to hell, for all I care,” said the Bright and Morning Star.