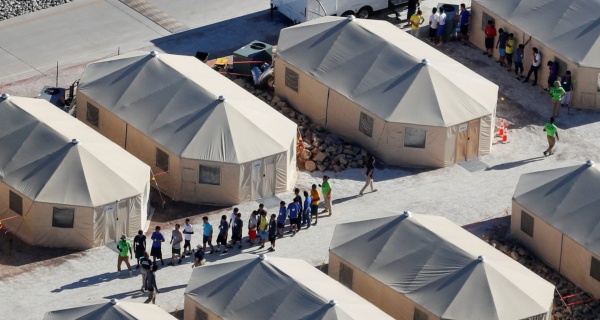 Date Posted: Friday, May 3rd, 2019
The presidential administration of Donald J. Trump claimed there was a plan to reunite migrant kids with their families. “In reality, they had an empty spreadsheet,” says says Nick Ramsey.
"What you are requesting," said a top ICE official, "is not something that we are going to be able to complete in a rapid fashion."
NBC estimates that at least 55 children who were separated last year under Trump's 'zero tolerance' campaign are still in Health and Human Services (HHS) custody at shelters around the country, still separated from family, no reunion in sight.
The negligent lack of tracking data, seemingly by design, would appear to make it difficult to impossible to identify many other children, perhaps thousands more, who were separated by border authorities from their parents before the so-called “zero tolerance” campaign.
The Trump administration's lawyers have said in court filings that reuniting the children with their families could take years.
One wonders if it's going to happen at all.
From NBC News reporter Jacob Soboroff, reporting from Los Angeles:
On the same day the Trump administration said it would reunite thousands of migrant families it had separated at the border with the help of a "central database," an official was admitting privately the government only had enough information to reconnect 60 parents with their kids, according to emails obtained by NBC News.
"[I]n short, no, we do not have any linkages from parents to [children], save for a handful," a Health and Human Services official told a top official at Immigration and Customs Enforcement on June 23, 2018. "We have a list of parent alien numbers but no way to link them to children."
In the absence of an effective database, the emails show, officials then began scrambling to fill out a simple spreadsheet with data in hopes of reuniting as many as families as they could.
The gaps in the system for tracking separations would result in a months-long effort to reunite nearly 3,000 families separated under the administration's "zero tolerance" policy. Officials had to review all the relevant records manually, a process that continues.
The email exchange detailed in this report is stunning.
One official asks another, "[A]re you saying you don't have the alien number for any of the parents?"
The other replies: "[T]he type and volume of what you are requesting is not something that we are going to be able to complete in a rapid fashion, and in fact, we may not have some of it."