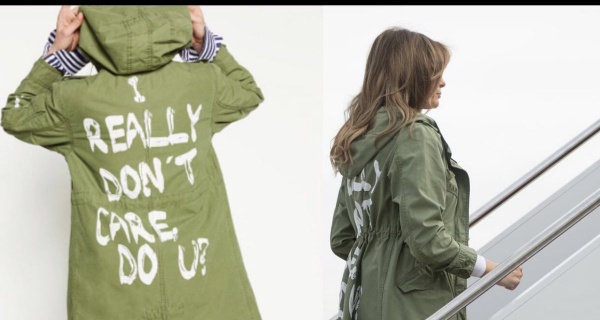 Today is Melania Trump’s 49th birthday. And it allowed Franklin Graham to do some first-rate toadying to her adulterous mate. He tweeted:

This absurd assertion engendered comment — most of it pointing out that Melania Knauss was well-known for pictures with most, if not all, of her kit off. Which raises the question what does Graham consider ‘classy’?

The most limited definition of the word is stylish and sophisticated. You could grant Melania is ‘stylish’ — but ‘sophisticated’ is a harder sell. That quality requires more than looking good in clothes. It speaks to quality education, with conversational skills, an appreciation of art, architecture, music, with a knowledge of history and literature, a refined palate and good manners.

It is hard to say how many of these boxes Melania checks, but I can’t recall her pictured at an opera or a bookstore. She is a college drop-out. And there is nothing about her Fifth Avenue home that suggests an eye for art or decor — although in fairness I’m sure Trump wouldn’t stand for anyone interfering with his Las Vegas hotel lobby taste.

Let’s take a deeper look at what Graham said in this tweet. ‘Classy’ is a low rent word. It conjures up images of a gangster's moll. It is part of the vocabulary of the ‘Jersey Shore’ cast. It is used by people whose favorite color is ‘gilt’. It smacks of ‘new money’. It is never used by people who have class.

The most offensive part of the tweet is the suggestion that all past First Ladies are also-rans. Graham could have just called Melania ‘classy’ — but he chose to denigrate 228 years worth of previous title holders.

Do these women deserve this reduced status? Let’s look at the modern hallmark of sophisticated First Ladies — Jackie Kennedy. Not only did she dress impeccably, she inspired other women to copy her hair, hats, and clothes.

During Jack’s first year in office, Jackie supervised the renovation of the White House - before hosting a televised tour, showing an in-depth knowledge of the building’s history and that of its fixtures, fittings, and furniture.

When the Kennedys visited France, where she was adored, Jack Kennedy was moved to say that he would be remembered as the man who accompanied Jackie Kennedy to Paris.

But it was her stoic reaction to her husband’s assassination that showed her true mettle. She stood by LBJ’s side as he was sworn in mere hours after the killing. She organized the state funeral. And held herself erect when the national tragedy bowed so many.

Early in the Republic's history, Dolley Madison was renowned for her grace and wit and her ability to have warring political factions lay down their rhetorical weapons at the end of the day and socialize. She was considered a great beauty. And before her husband became President, she acted as the widower Jefferson’s First Lady. As such, she assisted in furnishing the newly built White House. And she was the only First Lady ever given an honorary seat in the House of Representatives.

Edith ‘Edie’ Roosevelt grew up in an upper-class New York neighborhood. Teddy Roosevelt lived next door. As First Lady, she was highly influential on her husband. And her bearing was such that an aide remarked that she was "always the gentle, high-bred host smiling often at what went on about her, yet never critical of the ignorant and tolerant always of the little insincerities of political life.

And let’s not forget Michelle Obama. Not only is she a strikingly handsome woman, but she also has an Ivy League education and a Havard Law degree. She is one of three First Ladies with a post-graduate degree (the others being her immediate successors, Hillary Clinton, and Laura Bush). She was unflappable for eight years as racists and sexists heaped abuse on her.

Franklin Graham is a miserable suck-up who thinks nothing of spitting on a rich history of some of the finest — and classiest women — America has produced. But this lack of decency is unsurprising coming from an evangelical who has shed all traces of Christianity. He is nowt but a miserable opportunist who represents all that is wrong with America.