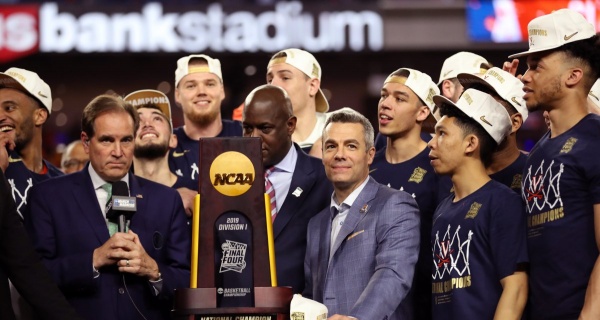 Citing logistics of players either finishing school or preparing for the NBA draft, the school announced its decision to turn down an invitation Friday.

“We have received inquiries about a visit to the White House,” Virginia coach Tony Bennett said in a statement. “With several players either pursuing pro opportunities or moving on from UVA, it would be difficult, if not impossible to get everyone back together. We would have to respectfully decline an invitation.”

Kyle Guy, DeAndre Hunter and Ty Jerome – three of the star players for the team – have announced they are entering the draft.

The decision by the Cavaliers means the three NCAA men’s basketball champions that won titles during the term of President Trump will not visit.

North Carolina and Villanova previously did not attend the White House for a celebration. The Wildcats said they were never invited, and the Tar Heels cited scheduling conflicts.

Baylor’s women’s basketball team announced Wednesday it was accepting an invitation to recognize its national championship. That ceremony will take place Monday.

The Lady Bears will be the first championship team in men's or women's college basketball, the NBA or the WNBA to visit the Trump White House.

The Golden State Warriors, who have won each of the past two NBA championships, were disinvited to the White House in 2017 after star Stephen Curry said he would not attend. They were not invited last year, either. Neither of the past two WNBA champions — the Seattle Storm and Minnesota Lynx — received invitations to visit the White House, breaking longstanding tradition.