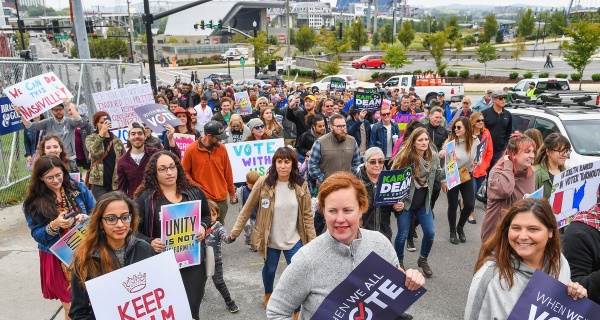 he Harvard Institute of Politics conducted a poll of young people in America which found that 68% disapprove of President Trump and only 23% consider themselves to be part of the Republican Party. The poll included 3,022 English- or Spanish-speaking young people between the ages of 18 and 29, and had a margin of error of 2.64% at the 95% level.

The poll was aimed at assessing the views of young potential voters on the political and moral direction of the country, along with the ways in which they think about and engage with American politics in their lives.

Of those polled, 39% considered themselves to be Democrats and 36% said they were independents. While only around 60% of the subjects of the poll voted in the last presidential election, 100% of the more than 3,000 subjects said they plan on voting in the general election for president in 2020.

Looking ahead to 2020, the poll also asked its subjects to name their first choice in the Democratic primary if it were held today. 29% of all subjects said Sen. Bernie Sanders would be their first choice, followed by Joe Biden at 18% and Beto O’Rourke at 8%. Sen. Kamala Harris polled at 5% and Sen. Elizabeth Warren polled at 3%. Andrew Yang and Sen. Cory Booker both polled at 2%, and all other candidates were either at 1% or not statistically significant.

The Harvard Institute of Politics conducted the poll with Ipsos Public Affairs using the KnowledgePanel Calibration approach. It was organized with undergraduate students from the Harvard Public Opinion Project. All interviews for the poll were conducted between March 8-20, 2019.