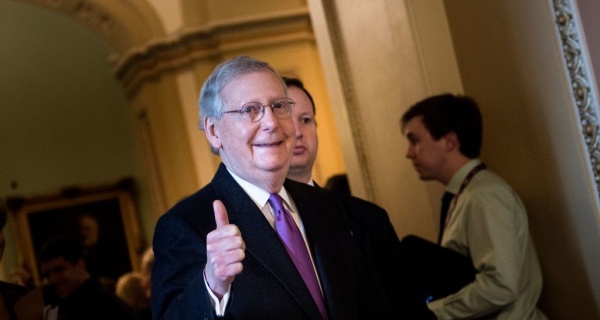 The Wall Street Journal reported, “Russian aluminum giant United Co. Rusal plans to invest $200 million in a Kentucky rolling mill that would be the largest new aluminum plant built in the U.S. in nearly four decades. The plant, which startup Braidy Industries Inc. plans to open next year in Ashland, Ky., is the largest project being pursued in the domestic aluminum industry under the Trump administration’s 10% duty on imports of the metal, imposed a year ago. It would also draw more imports into the U.S. because the mill would roll aluminum slabs from abroad into thin sheets for the auto industry.”

Mitch McConnell kept the sanctions from being reimposed and now he is getting his payoff.

This is one of the easier forms of Russia/Republican corruption that one will ever see. McConnell enabled the Russian attack on US democracy in 2016 by refusing to stand with Obama in denouncing Russian efforts to manipulate the presidential election.

It isn’t just Donald Trump. The Russians have bought themselves a political party, and the Senate Majority Leader is getting rewarded for his loyalty to mother Russia.