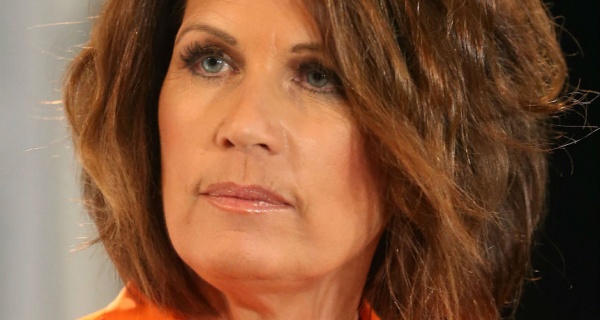 I will say to your listeners, in my lifetime I have never seen a more biblical president than I have seen in Donald Trump.

He is highly biblical and we will in all likelihood never see a more godly, biblical president again in our lifetime. So we not only need to be praying for him, we need to support him, in my opinion, in every way that we can.

Previously, Bachmann served as part of President Trump’s Evangelical Advisory Board, providing “support” to Trump on “issues important to Evangelicals and other people of faith in America.”

More recently, Evangelical leaders have been pushing Trump to name Bachmann as the next ambassador to the United Nations.

Bachmann is a controversial figure, and a dangerous Christian extremist. In the past Bachmann has:

*argued that immigrants should be indoctrinated into “America’s predominant Christian religion;”

*attributed the United States’ success to the Ten Commandments while claiming that U.S. lawmakers stand “under the authority” of the ancient biblical figure Moses;

Bottom line: Former Rep. Michele Bachmann claims she has “never seen a more biblical president” than Donald Trump, and claims that Trump “is highly biblical and we will in all likelihood never see a more godly, biblical president again in our lifetime.”