Candace Owens Makes Fool Of Herself And Congressional Republicans 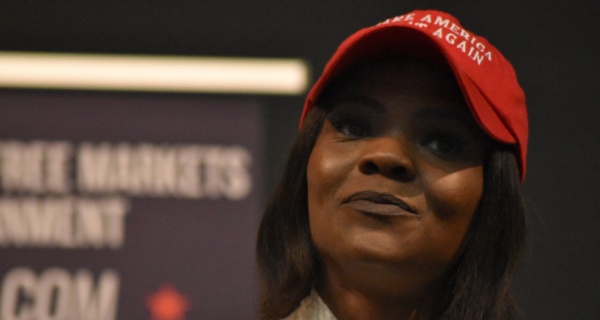 Is perjury a thing at Congressional hearings?

Candace Owens brought her revisionist take on history with her when she testified before Congress on Tuesday about white nationalism and hate speech, two things her critics say that she has willingly helped promote. The communications director for right-wing propaganda outfit Turning Point USA who recently offered sympathy for anti-Semitic Nazi leader Adolf Hitler was inexplicably invited by Republicans to testify before the House Judiciary Committee.

Her testimony should not have come as a surprise to anyone familiar with rhetoric that was credited with influencing a gunman in the deadly terror attacks against Muslims in New Zealand last month. However, Owens’ brazenly ignorant take on racism against Black people, in particular, proved too egregious to ignore for many across social media, who promptly pulled out their receipts to prove her wrong.

“We’re hearing [terms like ‘white nationalism’] sent around today because what they want to say is that brown people want to be scared, which seems to be the narrative that we hear every four years ahead of a presidential election,” Owens said during her opening remarks.

And that pretty much set the tone for her 5 minutes of testimony, including the following series of lies that flowed effortlessly out of her mouth. While it was many more than five times she strayed way far from the truth during her testimony, below are the most noteworthy instances.

Lie #1: White nationalist hate crimes are not on the rise

“The hearing today is not about white nationalism or hate crimes, it’s about fear-mongering, power, and control,” Owens said. “The goal here is to scare blacks, Hispanics, gays, and Muslims, helping [Democrats] censor dissenting opinions … helping them regain control.

Lie #2: The term “white nationalism” has no “real meaning”

Owens claimed that Black Republicans are mistreated by their Democratic counterparts for having “the audacity to think for themselves and become educated about our history, and the myth of things … like the Southern Strategy, which never happened.”

Of course, the Southern Strategy is a very real thing that has been documented millions of times over and was described by History.com as “the Republican Party’s successful plan of getting the white southern population to shift their views from Democratic to Republican.”

Lie #4: The KKK is only a phenomenon on the left

Owens made her latest incorrect reference to the Ku Klux Klan during her testimony, falsely insisting that the notorious hate group was a Democratic organization.

Politifact last year shot down that lie that’s also been perpetuated by the likes of (surprise) President Donald Trump.

However, “historians generally agree [the KKK] was founded by a handful of Confederate veterans in Pulaski, Tenn. as a social fraternity and it quickly changed into a violent group that terrorized newly empowered black and white Republicans in the South.”

Lastly, she nestled up to the rear end of our president by pushing another narrative that had yet to be proven — that there was no Russian collusion with Trump to help get him elected. Despite the findings of Special Counsel Robert Mueller’s report not having been made public, and with a heavily redacted version expected to be released next week, no one but the report’s author and Attorney General Barr knew its true contents. But that didn’t stop Owens was pretending like she knew about it.

Of course, white supremacist violence has increased in the United States and overseas in recent years. On top of that, Black people were the No. 1 target of hate crimes in the U.S., according to recent statistics.

Thanks for playing, Candace, but please do not try again.

Watch her full testimony below: