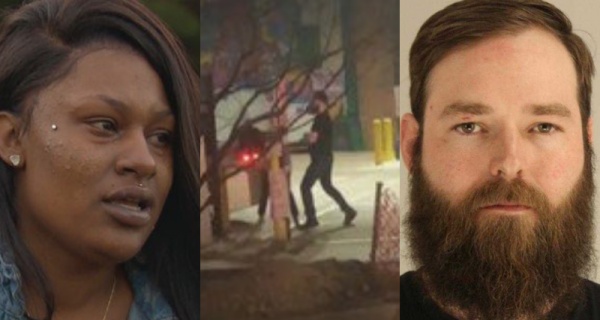 Authorities in Dallas have given a felony charge to a Black woman seen on video late last month being brutally beaten by a racist white man, civil rights attorney S. Lee Merritt announced on Tuesday.

L’Daijohnique Lee was charged with at least one felony on Tuesday, hours after Dallas police were reportedly preparing to file criminal mischief charges for allegedly damaging her attacker’s pickup truck after she was beaten up on March 21.

During a dispute that escalated in a parking lot in the town of Deep Ellum, Lee’s attacker, Austin Shuffield, reportedly called her a “stupid Nigger” and pulled out a gun before punching her with uppercuts that left her unconscious.

Meanwhile, Shuffield was released on $2,000 bond the same day he was locked up for attacking the 24-year-old woman. The Dallas bartender was initially charged with misdemeanor assault.

After angry public protests about the light charge, the police upgraded the charges to aggravated assault with a deadly weapon, a second-degree felony and unlawfully carrying a weapon.

This case mirrored the outrage that erupted after former Dallas police officer Amber Guyger gunned down Botham Jean, an unarmed Black man, in his own apartment in September. Police arrested Guyger several days after the shooting and charged her with manslaughter. She turned herself into police after a loud outcry from folks in the Black community and national media attention. She walked out of jail a mere hours later on bond.

It was not clear earlier on Tuesday when the police would arrest Lee, WFAA-TV reported. In Texas, criminal mischief is a state jail felony if the damage costs $2,500 to $30,000. Lee allegedly caused thousands of dollars of damage to Shuffield’s truck.

The viral video of the attack appears to show Shuffield holding a gun in one hand as he slaps away Lee’s cellphone. She was reportedly attempting to call 911. Lee responded to Shuffield’s aggression by shoving him away, but he retaliated by punching her multiple times.

After the video went viral, dozens of protesters took to the streets to call for felony hate crime charges against Shuffield.

“A black woman was violently assaulted in Dallas, TX by a white supremacist. The response by the criminal justice system was woefully insufficient. Now it’s time to get that corrected,” Merritt tweeted Tuesday.

This turn of events will likely set off another round of street protests.

A GoFundMe account has been created to support Lee.