Now Roseanne Is Blaming Michelle Obama For Her Being Fired 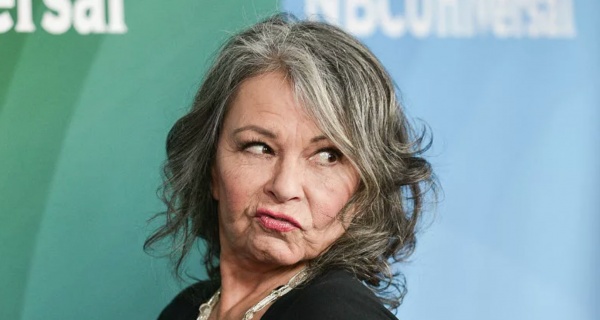 Roseanne Barr was still whining about being fired from her show for being a wild racist. Now, after blaming Wanda Sykes and Whoopi Goldberg, she is blaming Michelle Obama for getting the ax.

“She said, ‘This tweet is unforgivable,'” Barr told the Sunday Times Magazine of the former first lady “That’s what I was told and I tend to believe it because the woman who fired me is now working with the Obamas at Netflix.”

We highly doubt Michelle Obama was thinking about Barr.

In case you missed it, the “Roseanne” reboot was canceled after the actress’ tweet comparing President Barack Obama‘s adviser Valerie Jarrett to an ape went viral. She wrote that Jarrett equals “Muslim brotherhood & planets of the apes had a baby.” Barr gave an insincere apology and said she was leaving Twitter—which she did not. Now she is blaming her racism on Ambien and not being able to tell who is white or Black.

First, Roseanne wrote on Twitter that it’s all because of Ambien that she turned into a raging racist.

“I did something unforgivable so do not defend me,” she wrote at the time. “It was 2 in the morning and I was ambien tweeting-it was memorial day too-i went 2 far & do not want it defended-it was egregious. Indefensible. I made a mistake I wish I hadn’t but…don’t defend it please.”

Obviously, that comment was nonsensical considering in a now-deleted tweet from 2013 Barr wrote that former National Security Advisor Susan Rice was “a man with big swinging ape balls.” Has she been on Ambien for five years? Let’s not forget her other hateful comments about Muslims, the Jewish community and the LGBT community.

Barr then defended herself by saying she didn’t even know Jarrett was Black as if that somehow made her tweet okay.