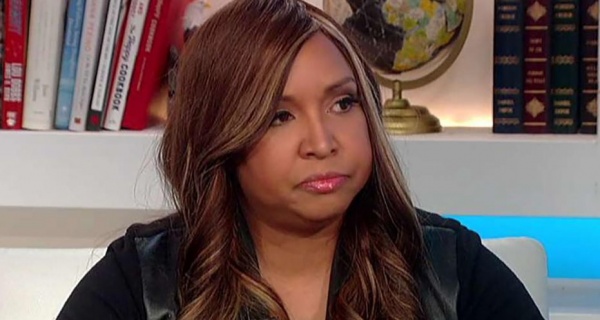 Lynne Patton, a longtime Trump family associate who made a controversial appearance at last week's House hearing with Michael Cohen, says she has the President's blessing to follow in his footsteps as a reality TV star, even as she serves as a high-ranking federal housing official.

Patton's appearance on a still-developing show about black Republicans would come during her tenure as the US Department of Housing and Urban Development's regional director for New York and New Jersey, which provides rental assistance to more than 800,000 vulnerable households and homeless services to more than 80,000 people.

Asked if she has Trump's approval, Patton said, "Yes."

"I would never have even asked HUD if I hadn't first asked the Trump family," said Patton, who planned Eric Trump's wedding, in an interview with CNN.

Patton has signed an agreement to work with the show's production company, said Leslie Oren, a spokeswoman for Truly Original, the New York-based creators of "The Real Housewives of Atlanta" and other reality TV and documentary series.

"We are in very early development on this and part of that process is figuring out creatively what the show will be," Oren said. "It has not yet been pitched to networks but we expect that to happen soon."

"Look, they know I tend to put my foot in my mouth. They were a little concerned that maybe with some alcohol I might be a little too freewheeling on a show like this," said Patton of the Trump family.

"I think that's what everybody hopes for on a docuseries or reality show. But they were very supportive," said Patton, who has spoken openly about her former struggles with drug addiction.

Trump hosted NBC's "The Apprentice" for 14 seasons, and last hosted "Celebrity Apprentice" in February 2015 before his presidential run.

The White House referred questions about Patton's appearance on the show to HUD.

HUD spokesman Raffi Williams said, "With respect to Ms. Patton's participation in a reality show, the Ethics Office provided her with advice on outside employment while working at the Department. The Ethics Office neither supports nor opposes things -- it simply advises as to what is permissible within the bounds of the law."

Patton served as vice president of the Eric Trump Foundation and worked as an event planner for the Trump family. In the Trump administration, she was HUD Secretary Ben Carson's senior adviser and director of public engagement before being appointed as a regional administrator in June 2017.

Patton was catapulted into the national political stage during a surprise appearance at last week's House Oversight Committee hearing with Cohen last week. Her show of support for Trump prompted a tense exchange late in the hearing, with a Democratic member suggesting she was used as a prop.

She said she appeared at the invitation of Republican Rep. Mark Meadows after attending two days of HUD meetings in Washington. Patton did not attend a third day of meetings, was not paid by HUD for the day and covered her travel expenses back to New York, she said.

"I opted to go to support my President," she said.

Her boss, Carson, one of the most prominent African-Americans in the administration, expressed reservations about her being at Cohen's hearing, saying he "did not think my presence would necessarily help," she said.

She was introduced to the first family by Cohen, and became ingratiated in Trump's world. She was among the speakers at the Republican National Convention in 2016 and was a campaign surrogate. After the election, Patton began working at HUD, where her tenure has been marked by outspoken and controversial personal tweets. Patton called White House correspondent April Ryan "Miss Piggy" on Twitter, for which she later apologized.

This week, after TV news cameras scrambled to keep up with Patton during a tour of dilapidated apartments in the nation's largest public housing project in Queens, Patton seemed surprised that the reality show had become such "a big deal."

She said she turned down the offer when first approached by the production company shortly after the 2016 election. In August, she was approached again and decided to reconsider.

"They convinced me that this was not a hair pulling, table flipping reality show," she said.

Patton said HUD ethics officials told her "they had no problem with me filming after work hours." She said she wants to complete her work to improve conditions in public housing before doing the show and needs to maneuver around federal rules capping a secondary income at $28,000 a year.

"They're trying to pay me more than that per episode," she said.

At the hearing, Patton was introduced by Meadows and stood up as he began questioning Cohen, particularly when he refuted the former Trump lawyer's claim the President is a "racist."

Near the hearing's end, Michigan Rep. Rashida Tlaib suggested that Patton, a black woman, was used as a prob. Meadows accused Tlaib of breaking decorum. The chairman of the committee, Maryland Democratic Rep. Elijah Cummings, intervened. Tlaib said she only meant to describe the actions as racist, not Meadows himself.

Patton said she was not rattled by the drama that followed her appearance.

"I went and I have no regrets," Patton said.

As for Cohen, not only does she not think his description of Trump as a racist was accurate, she said she knows first hand he wasn't truthful in his denials when Rep. Jim Jordan, the top Republican on the committee, pressed him on his White House aspirations. Cohen has said he was offered White House jobs but had no interest.

"He told me personally that he wanted to be chief of staff," Patton said of Cohen. "When he didn't get that job, he then lobbied for chief counsel.

When he didn't get that job, he crumbled into a shell of a man that I could not recognize."