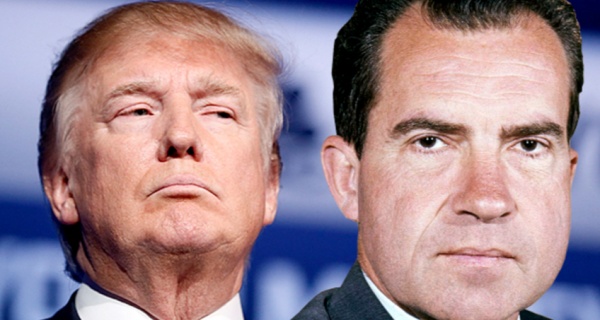 Tom Brokaw, a veteran broadcaster who worked through the Watergate era, outlined the 'striking similarities' between Presidents Donald Trump and Richard Nixon in a Thursday New York Times op-ed.

Brokaw wrote that former Trump “fixer” Michael Cohen’s bombastic congressional testimony last week took him “back to the summer of 1973.”

Cohen’s public testimony before the House Judiciary Committee was specifically similar to that of Nixon’s White House counsel John Dean.

“Mr. Dean, like Mr. Cohen, had once been a confidant of a vindictive president who turned on him,” Brokaw wrote, noting that the comparison “brought to mind the many parallels between the two presidents.”

Both also had “odd bedfellow celebrity allies” in Elvis and Kanye West, who joined with the Nixon and Trump administrations to tackle drug abuse and prison reform, respectively.

Trump and Nixon also both have been “plagued” by tax issues, Brokaw noted.

“After Mr. Nixon reported he paid less than $1,600 in total federal taxes in 1970 and 1971, when his annual salary was about $200,000, he had a tortured explanation and famously said, ‘I am not a crook!'” the broadcaster wrote. “Eventually he wrote big checks for what he should have paid.”

Brokaw added that “for all their similarities, the two men had important differences” as well, noting that Nixon was a “globalist,” a foreign policy ideology Trump scorns.

“Richard Nixon and Donald Trump arrived at the White House from entirely different personal and political experiences,” the journalist wrote. “But they may share a common fate. The work of the Watergate special prosecutor helped cut short Mr. Nixon’s presidency.”

“Will the special counsel, Robert Mueller, do the same to Mr. Trump?” Brokaw mused.