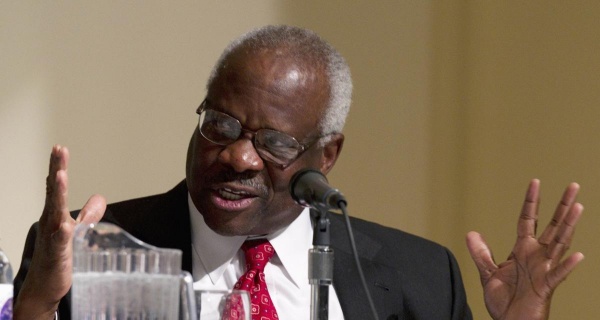 Date Posted: Tuesday, March 5th, 2019
Few Supreme Court decisions are more central to our criminal justice system than the 1963 ruling in Gideon vs. Wainwright, which held that a person being tried in state court and facing a possible prison sentence has the right to state-appointed legal counsel.
That guarantee was the logical culmination of a series of decisions beginning in the late 19th century that applied the provisions of the Bill of Rights to state and local governments, not just to the federal government.
In 1932, in Powell vs. Alabama, the court held that criminal defendants being tried for capital crimes in state court have the right to an attorney.
It then took three more decades, in Gideon, for the court to extend that right to all cases in which there is a possible prison sentence. In Gideon, the court declared that “reason and reflection require us to recognize that in our adversary system of criminal justice, any person hauled into court, who is too poor to hire a lawyer, cannot be assured a fair trial unless counsel is provided for him. This seems to us to be an obvious truth.”
I never have heard anyone question the court’s decision in Gideon, though many believe that not enough has been done to make its promise a reality. Now, however, in the case of Garza vs. Idaho, Thomas has said he thinks Gideon was wrong.
In his dissenting opinion on Feb. 27, he wrote that the 6th Amendment “as originally understood and ratified meant only that a defendant had a right to employ counsel, or to use volunteered services of counsel.” Thomas said that the Supreme Court has expanded that concept to include a right to effective counsel — a reading that “little available evidence” supports “as an original matter.”
Under Thomas’ view, there is no constitutional right to counsel in criminal cases in state court, even in capital cases or when there could be a life sentence. It is a chilling view of criminal justice, yet two other justices, Neil Gorsuch and Samuel Alito, agreed with that reasoning and joined all or part of his dissent.
Thomas’ other disturbing reasoning came in an opinion concurring in the denial of Supreme Court review of a defamation case brought against Bill Cosby by one of his accusers. In his opinion, thankfully not joined by any other justice, he called into question what is generally regarded as the most important freedom of speech decision in American history: New York Times vs. Sullivan.
Times vs. Sullivan involved a defamation suit brought by the Montgomery, Ala., police commissioner against the New York Times and four black clergymen for an advertisement criticizing the handling of demonstrations. A jury awarded the plaintiff $500,000 under Alabama’s defamation law.
The Supreme Court expressly held that the 1st Amendment applied and explained that “what a State may not constitutionally bring about by means of a criminal statute is likewise beyond the reach of its civil law of libel. The fear of damage awards under a rule such as that invoked by the Alabama courts here may be markedly more inhibiting than the fear of prosecution under a criminal statute.”
The ruling made it difficult for those holding or running for public office to recover for defamation, on the principle that the fear of such judgments could inhibit a vigorous free press. The court spoke powerfully on the “profound national commitment to the principle that debate on public issues should be uninhibited, robust, and wide-open, and that it may well include vehement, caustic, and sometimes unpleasantly sharp attacks on government and public officials.”
In his opinion, Thomas said that New York Times vs. Sullivan was wrongly decided, and that the decision had no basis in the Constitution as it was understood by the people who drafted and ratified it. He wrote that “New York Times and the court’s decisions extending it were policy-driven decisions masquerading as constitutional law.” In Thomas’ view, there is no constitutional limit on civil suits based on speech, including defamation liability. At a time when we have a president who is attacking the press as an “enemy of the people,” it is deeply disturbing to have a Supreme Court justice urging overruling one of the most important decisions protecting the press.
I worry that the reaction to Thomas’ opinion will be dismissed as just Thomas being Thomas. But that would be a mistake. A Supreme Court justice now has put on the intellectual table overruling two basic pillars of freedom. We all should be upset and scared.