Netflix To Air Documentary About The Central Park Five's Innocence 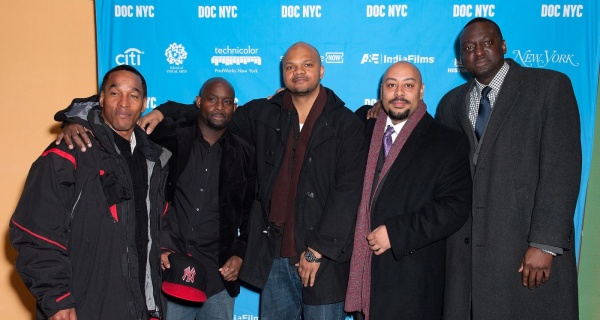 Date Posted: Monday, March 4th, 2019
A terrible injustice alters the lives of five young men of color in the first trailer for Ava DuVernay’s upcoming series about the Central Park Five, When They See Us, premiering May 31st on Netflix.
The simple clip boasts a chilling sequence in which one of the boys' mills about his room, grabs his jacket, goes outside then gets stopped by police and suddenly finds himself in a holding cell with the four other boys. The first half features narration from a mother talking about watching her son grow up, while the second boasts the jarring orders from another woman – ostensibly a city official – who says, “Let’s get an army of blue up in Harlem – you go into those projects and you stop every little thug you see.”
When They See Us will span 25 years and chronicle the lives of the five Harlem teenagers – Antron McCray, Kevin Richardson, Yusef Salaam, Raymond Santana and Korey Wise – who were accused of raping and sodomizing 28-year-old Trisha Meili in April 1989. Each man spent six to 13 years in jail before Matias Reyes admitted to the crime in 2002. The Central Park Five sued New York City in 2003 and eventually settled for $41 million in 2014.
DuVernay directed and co-wrote the four episodes of When They See Us. The series will star Michael K. Williams, Vera Farmiga, John Leguizamo, Felicity Huffman, Niecy Nash, Blair Underwood, Christopher Jackson, Joshua Jackson and more.
DuVernay previously partnered with Netflix for the acclaimed documentary, 13th, and she’s reportedly working on a Prince documentary for the streaming service as well.
Watch the video below: