DOJ: Will Not Charge Tulsa Cop In Deadly Shooting Of Unarmed Man 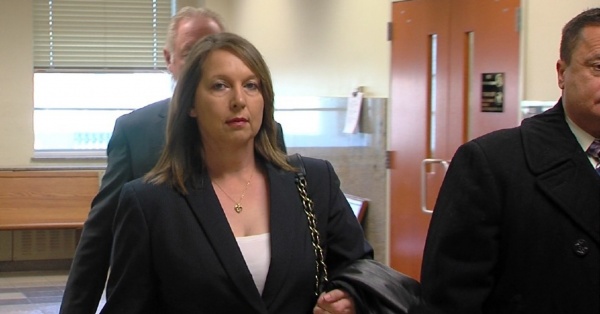 The Department of Justice said it will not be pursuing charges against a former police officer who shot and killed an unarmed black man.

On Friday, US Attorney Trent Shores announced the closure of the investigation into whether Betty Shelby used unreasonable force against Terence Crutcher, an African-American man, when she shot him dead in September 2016.

"The Department of Justice devoted significant resources to this investigation to ensure that a thorough review was undertaken,” Mr. Shores said in a statement. “Attorneys from both the Civil Rights Division and the US Attorney's Office worked closely with the FBI to examine the evidence and review applicable law.”

In May 2017, a Tulsa County jury acquitted Ms. Shelby for fatally shooting Mr. Crutcher. Mr. Crutcher held his hands over his head when she shot him.

However, Ms. Shelby testified she fired her gun out of fear, claiming Mr. Crutcher did not listen to her commands. She claimed that when Mr. Crutcher – who was unarmed – reached into his SUV, she thought he was reaching for a gun.

"We're disappointed, but unfortunately we're not surprised," Demario Solomon-Simmons, an attorney for Mr. Crutcher's family, told the Associated Press. "The number one reason is that the system is set up to protect officers like Betty Shelby. The standard (of proof) is so high, it's the highest standard in the legal system, to prove that someone willfully and intentionally violated someone else's civil rights."

Following her acquittal, Ms. Shelby resigned from her position at the Tulsa Police Department.

Mr. Crutcher’s family filed a federal lawsuit against the City of Tulsa and Ms. Shelby. The suit is still pending in federal court.

Mr. Shores said a team made up of Justice Department prosecutors and FBI agents examined all the evidence in Mr. Crutcher’s case, including enhanced video footage of the shooting, to determine whether Ms. Shelby “willfully” violated federal law and required the team to determine that she acted with “deliberate and specific intent” to do something illegal.

"However, the evidence, in this case, did not support pursuing criminal prosecution."