Trump - Master Of The Art Of No-Deal 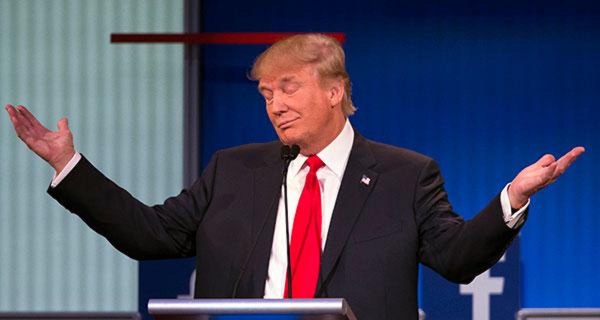 President Trump's self-image is that of the master negotiator. "Deals are my art form. Other people paint beautifully or write poetry. I like making deals, preferably big deals," he wrote in 2014. But like the image itself, which is more the product of ghostwriters and reality TV producers than it is any actual business record, Trump's actual skill at negotiation is appallingly poor. He is very probably the worst deal-maker in the history of the American presidency.

Trump's latest negotiation faceplant came in Vietnam, where he sat down with North Korean dictator Kim Jong Un ostensibly to reach some kind of arrangement about cutting back their nuclear program in return for easing up on sanctions. But after only two days, Trump abruptly walked out of the meeting, complaining that Kim's opening ask — full removal of sanctions in return for dismantling one nuclear installation — was too much.

Now, one must admit the failure to achieve a lasting peace settlement here is quite unfortunate, if unsurprising. Finally formally ending the Korean War, defusing some of the tension between North and South Korea, and alleviating some of the terrible material deprivation among North Koreans would have been a great achievement.

But Trump was never going to get it done himself. One likely problem is Trump's bone-deep ignorance and total lack of curiosity about anything other than himself. Diplomatic negotiation — particularly over a charged and complicated topic like nuclear weapons — takes extreme attention to detail. A lead negotiator needs both a whole battalion of experts and enough technical competence to be able to understand the parameters of debate. You may not have to understand the physics of uranium purification, but you must understand more-or-less what it means to have an enrichment centrifuge.

This is partly why presidents typically hand off such negotiations to professionals. President Obama didn't handle the Iran nuclear deal negotiations himself, he allowed then-Secretary of State John Kerry — who had vastly greater international experience — to take the lead. (This also diminished the polarizing effect Obama's personal presence would have had.)

But not only is Trump absolutely free of relevant expertise, he is stupendously lazy. When then-Speaker of the House Paul Ryan was attempting to explain the (relatively simple) Republican health-care bill to Trump in 2017, he got bored after 15 minutes and wandered out to watch TV, according to former Trump communications aide Cliff Sims.

Trump's god-awful negotiation skills were also on display during the recent government shutdown. For one thing, the argument he put forward was nonsensical on its face — the number of people crossing the border has fallen steadily, most unauthorized immigrants overstay visas, and Trump's requested $5 billion would only build a few dozen miles of border fence in any case. But worse in negotiation terms was timing — he had had two years of a Republican Congress to get some wall money, and he almost certainly could have gotten it at some point then. But it was only after Democrats blew him out of the water in the 2018 midterms — in an election fought in large part over Trump's refugee fearmongering — that he decided to pick a fight over the wall and shut down the government.

As could have been predicted from the start, Trump eventually caved completely. People who know Trump from his business career are well familiar with his classic bully psychology. He loves to dominate and exploit the powerless — like the small businesses and contractors he routinely stiffed in his real estate projects. But when faced with a powerful adversary, he typically folds like a wet noodle.

This gets to the heart of what Trump really is: a spoiled rich baby. His father coddled him beyond belief, indulging his every whim and reportedly handing him some $413 million in real estate assets starting from when he was a toddler. These were sharply undervalued to avoid inheritance taxes, according to a New York Times investigation. His father also reportedly gave Trump repeated loans and gifts when his business enterprises repeatedly went pear-shaped — sometimes reportedly illegally, as when his father bailed out one of his Atlantic City casinos with an illegal $3.4 million loan (by buying that much in chips). But a few years after Fred Trump died in 1999, Donald reportedly pressured his siblings to quickly liquidate most of the rest of his father's real estate empire, contrary to his dying wishes — and only got $738 million for assets the bank that financed the purchase valued at almost $1 billion. Another beautiful deal!

Not to worry, the president now says he's optimistic about solving another thorny geopolitical conflict, the Israel-Palestine conflict. "They say it’s like the impossible deal … I would love to be able to produce it. We will see what happens," he said. We will indeed.