Joe Scarborough: Trump is 'The Most Racist President In Modern American History' 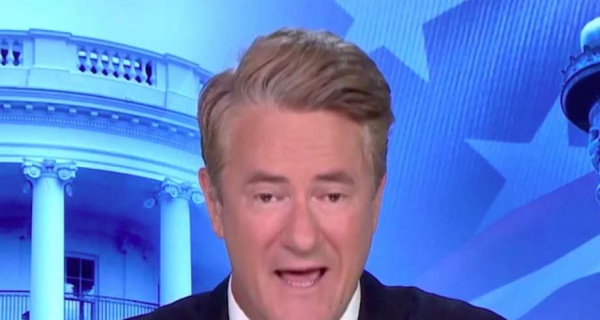 Date Posted: Monday, February 25th, 2019
MSNBC host Joe Scarborough called President Trump the “most racist president in modern American history” in response to the president’s Monday morning tweet criticizing director Spike Lee.
Trump had criticized Lee for reading from notes during an acceptance speech for best-adapted screenplay when the politically minded filmmaker urged Oscars viewers to “do the right thing” when they vote in the next presidential election.
“The most racist president in modern American history who reads teleprompter worse than any national figure alive is attacking a black man for being ‘racist’ and reading from notes,” Scarborough tweeted.
“Churchill read from notes. FDR read from notes. Reagan read from notes. Wow,” he added.
Earlier Monday, Trump accused Lee of “doing [a] racist hit” on him.
"Be nice if Spike Lee could read his notes, or better yet not have to use notes at all, when doing his racist hit on your President, who has done more for African Americans (Criminal Justice Reform, Lowest Unemployment numbers in History, Tax Cuts,etc.) than almost any other Pres!" Trump tweeted.
Lee had won his first Oscar ever in a decades-long film career for “BlacKkKlansman.”
“The 2020 presidential election is around the corner. Let’s all mobilize,” Lee said. “Let’s all be in the right side of history. Make the moral choice between love versus hate.”
Lee has been a harsh critic of Trump in the past, saying last year that he is “on the wrong side of history.”