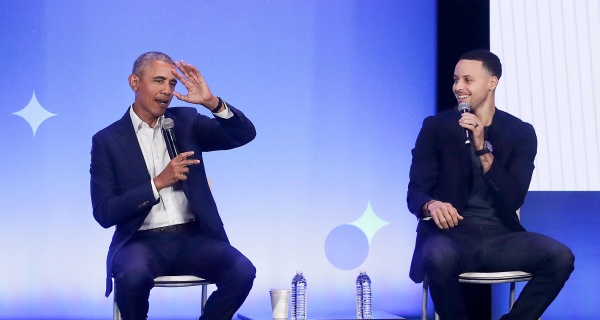 While speaking with NBA star Stephen Curry at an event marking the fifth anniversary of the My Brother’s Keeper Alliance, former President Barack Obama offered some words of advice to young men.

At the event Oakland, California, Obama touched on the different types of cultural and societal pressures young men face these days. The 44th president attributed much of the pressure to the images of rappers and professional athletes in the media.

“We live in a culture where our worth is measured by how much money we have and how famous we are,” he told the audience. “I will tell you, at the end of the day, the thing that will give you confidence is not that. I know a lot of rich people that are all messed up.

Obama first started the My Brother's Keeper Alliance after the 2012 fatal shooting 17-year-old Trayvon Martin. Obama, who was so impacted by the killing—and once saying he could have been Trayvon—admitted that he was “all kinds of screwed up” when he was in high school.

Not having a father figure permanently in his life took a hit on his confidence, but that all changed as he started to grow.