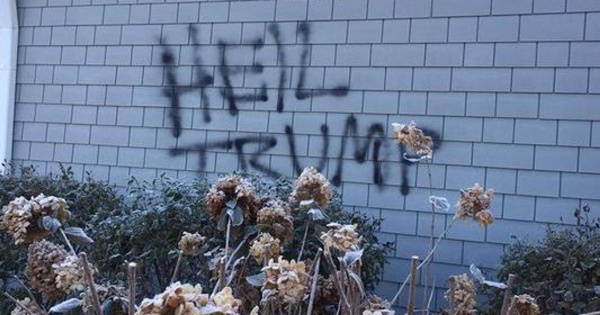 Date Posted: Wednesday, February 20th, 2019
The number of hate groups active in the U.S. rose to its highest level in two decades last year, according to an annual survey released Wednesday by the Southern Poverty Law Center.
The count of active groups that the civil rights organization labels as espousing hate climbed to 1,020, up from 784 just four years previously, and was propelled by a rise in extremism, the center said. From 2017 to 2018 alone, it rose 7 percent.
The groups range from white supremacists to black nationalists, neo-Nazis to neo-confederates.
The annual tally, however, is controversial. It gives the same hate label to some conservative church or political groups such as Catholic Family Ministries (listed as a "general hate group") or Conservative Republicans of Texas (branded anti-gay) as it does to outfits such as the Ku Klux Klan or American Nazi Party. The SPLC said it has been sued by three groups that say they shouldn't be considered hate groups.
Heidi Beirich, director of SPLC’s Intelligence Project, told USA TODAY the groups that SPLC considers to be hateful enough to make the survey are reviewed carefully before being added and that "we try to err on the side of caution."
The most significant growth over the past two years has been in white nationalist organizations, up from 193 to 264, said Beirich, who authored the report. It marks a resurgence in the aftermath of the massive 2017 rally in Charlottesville, Virginia, that focused attention on the movement.
"Much of the energy on the radical right this year was concentrated in the white supremacist milieu," the report reads. " After a lull that followed the violence in Charlottesville, which brought criminal charges and civil suits that temporarily dampened the radical right's activism and organizing, newer groups gathered momentum."
All are driven by concern about dwindling white power, as seen by Census Bureau projections that Caucasians will lose their majority by 2044, according to the report. After a sharp dropoff in the first half of the decade — Beirich said those groups had been driven underground — they revived as the 2016 election approached.
Though the U.S. no longer has an African-American president, hate groups became motivated by what they saw as too slow of progress toward their goals, such as President Donald Trump being stymied in his goal of building a wall along the Mexican border, she said. Just last week, Trump declared a national emergency in order to try to build the wall without the approval of Congress.
When told of the SPLC's findings, one noted expert on hate groups said he, too, believes the problem is on the rise.
"It's depressing, but it's not surprising," said Jack McDevitt, director of the Institute on Race and Justice at Northeastern University. Based on recent data, he added that "you got a whole bunch of indications we're seeing a resurgence in hate activity."
In its annual hate-crime report, the FBI in November listed 7,775 criminal incidents for 2017, up from 6,121 in 2016.
While many groups are adding members, the SPLC found one of the best-known hate groups, the Ku Klux Klan, appears to be in decline. The group, despite a history that stretches back more than a century, has been marked by infighting and difficulty connecting to a younger generation.
"The KKK has not been able to appeal to younger racists, with its antiquated traditions, odd dress and lack of digital savvy. Younger extremists prefer ... polo shirts and khakis to Klan robes," it says.
But the report also points out there is no shortage of hate-filled alternatives, whether they are neo-Nazis, racist skinheads or others who direct their anger at immigrants; lesbians, gay, bisexual or transgender individuals; Muslims or others.
Black nationalist groups, often described as anti-Semitic, hostile to lesbians, gay and transgender people and anti-white, have picked up steam.
They have been driven by events like the outcry around NFL players taking a knee during the playing of the National Anthem and hot rhetoric from controversial figures such as Nation of Islam leader Louis Farrakhan. But these groups can be "very, very fringe and they don't produce the violence that white supremacy does," Beirich said.
At least one of the outfits added to the SPLC list didn't seem to mind.
A leader of the American Freedom Party, a New York-based group that says on its website that the "core European American population" is being overwhelmed by "tens of millions of legal and illegal immigrants," was pleased.
"I am flattered," Chairman William Johnson told USA TODAY. "It really helps elevate our reputation" when the party is lumped with groups close to the mainstream supporting Trump and those linked to Catholicism. He said the list is so broad that it becomes meaningless.
"I don't know any organization that says I'm a hate group. I'm a love group," Johnson said. He said the American Freedom Party has "nationalists of many stripes and races" among its members and that "white people are becoming comfortable with being proud of their heritage."