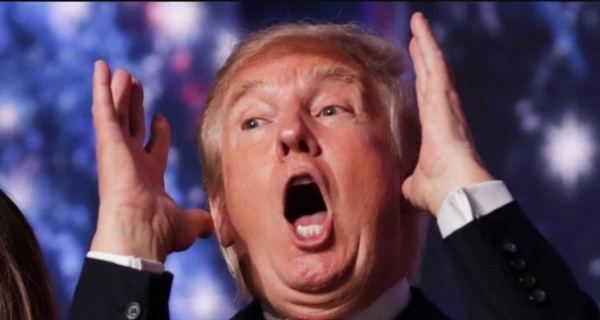 Only two presidents — one who brought the nation to the brink of Civil War and the other who allowed southern states to enact racist laws after the conflict — ranked below President Donald Trump in a new poll of 157 presidential historians.

The poll, the sixth presidential poll by the Siena Research Institute since 1982, asked 157 scholars, historians, and political scientists to rate on a scale of 1 (poor) to 5 (excellent) the nation’s 44 presidents in 20 categories pertaining to their abilities, attributes and accomplishments.

Trump ranked last for integrity, intelligence, executive appointments, and his overall abilities. However, Trump did squeak into the top 10 in one category — luck.

“I’m attributing that to these professors thinking he was lucky to get elected,” said Doug Lonnstrom, creator of the poll and professor of statistics at Siena College in Loudonville, New York.

Despite the scholars’ finding, Trump sees himself as a president who is successful and well-liked. In a tweet posted just before heading out to golf on Sunday morning, Trump claimed most Americans and nearly all Republicans approve of the job he is doing. Trump did not identify the source of his findings.

Although Trump enters the survey in 42nd place — just above James Buchanan and Andrew Johnson — it is too early in his presidency to determine his ultimate place among presidents, said Lonnstrom.

“It takes about 50 years for a president’s place to be cemented in history,” said Lonnstrom. Presidents often shuffle poll positions after the release of their presidential papers — 14 years after they leave office — and the publication of scholarly articles and biographies, Lonnstrom added.

So, why does Siena, often cited as one of the most respected and influential expert presidential rankings include serving presidents in its poll?

By comparison, Trump ranks far below his contemporaries at comparable points in their first terms.

Obama was ranked 15th after his first year in office, two rungs above where he currently sits in 17th place. Bush 43 initially came in at 23rd and now sits at 33rd. Clinton entered the poll at 16th and is currently ranked 15th. George H.W Bush started in 18th place and is now ranked 21st. Reagan began in 16th place and has climbed to 13th.

“Looking at Trump, he is near the bottom at everything but the good news for Trump is he can only go up,” Lonnstrom said.

President James Buchanan scored just below Trump. Buchanan, the nation’s 15th president, served from 1857 to 1861. During the lame duck portion of his term, seven southern states seceded from the Union and historians fault him for failing to address slavery, allowing the nation to teeter on the brink of civil war.

President Andrew Johnson was ranked the worst president. Johnson became president upon the assassination of President Abraham Lincoln in 1865 at the end of the Civil War. Although he favored quick restoration of the seceded states to the Union he opposed the Fourteenth Amendment, which gave citizenship to former slaves.

His clash with the Republican-dominated Congress resulted in his impeachment by the House. However, he was acquitted in the Senate by one vote.

Watson also concedes that it is too early in Melania’s time in the White House to assess the totality of her role as first lady. Even so, Watson said he has not seen evidence that Melania intends to up her game in the three categories used in his poll: White House hostess; social advocate; asset to the president.

“Melania has done the very minimum necessary,” Watson said. “Both Melania and Donald are cellar dwellers in both polls.”