Under Obama The Jobs Numbers Were Fake, Now Trump Says They're Real 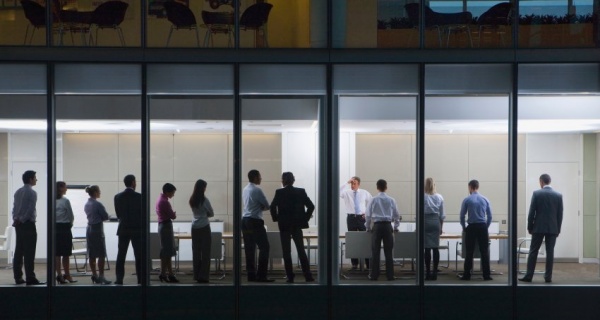 Date Posted: Wednesday, January 30th, 2019
The way Donald Trump talks about the health of the American jobs market has undergone a pretty dramatic shift in recent years, and not because of a major change in economic trends. It’s because Trump loves moving the goalposts on his measures of success.
The US economy has been steadily adding jobs since the Great Recession. Under President Barack Obama, the economy averaged an additional 109,000 jobs per month, and the administration oversaw 75 consecutive months of growth, the longest streak of total job growth on record.
Under Trump, the trend has continued: The economy has kept adding jobs, and the unemployment rate is now at 3.9 percent, nearing historically low levels.
But the way Trump talks about it, you wouldn’t know it. Aaron Sojourner, a professor at the University of Minnesota and a former labor economist for the Council of Economic Advisers under Obama and Trump, charted out the shift in Trump’s talking points — compared with how the US jobs market is actually doing — on Twitter recently.
“The talking points changed,” he wrote, “not the growth trend.”
Before Trump was president, he consistently lamented that the US economy was flailing and claimed that jobs numbers were made up. But now that he’s in the Oval Office, he’s decided that the jobs numbers are indeed very real and the economy is doing phenomenally.
Under Obama, the jobs numbers were fake. Now the news is.
When Obama was president, Trump often trashed the state of the US economy and jobs market.
He called the April 2012 jobs report “terrible” for adding just 72,000 jobs. (During his presidency, he’s seen a month of 73,000 jobs added, and another of 14,000.) Trump often derided the Affordable Care Act for cutting into the labor market and claimed the country was losing thousands of jobs to outsourcing. On the campaign trail, he pledged to bring jobs back to America and make the economy “sing” again.
And when there was good news about jobs and the economy, Trump often claimed it was fake.
In 2017, Christopher Ingraham at the Washington Post outlined at least 19 times Trump claimed US jobs numbers were made up — before, of course, he was at the helm of the US economy.
Unemployment rate only dropped because more people are out of labor force & have stopped looking for work. Not a real recovery, phony numbers
— Donald J. Trump (@realDonaldTrump) September 7, 2012
He often claimed that the unemployment rate was secretly much higher than was reported, as much as 20, 30, even 40 percent. The jobs report that came out just before the 2016 election, in which 172,000 jobs were added, he said was “terrible” and contained “phony numbers.” Even as president-elect, he said the unemployment number was “totally fiction.”
Now that Trump is in the White House, he’s decided the jobs numbers aren’t phony after all.
Unemployment filings are at their lowest level in over 48 years. Great news for workers and JOBS, JOBS, JOBS! #MAGA
— Donald J. Trump (@realDonaldTrump) March 1, 2018
Great jobs report today - It is all beginning to work!
— Donald J. Trump (@realDonaldTrump) May 5, 2017
Whereas before the jobs report was fake, Trump now says it’s the news that is — or rather, what he calls the “fake news” for not giving him credit where he believes it’s due.
With all of the success that our Country is having, including the just-released jobs numbers which are off the charts, the Fake News & totally dishonest Media concerning me and my presidency has never been worse. Many have become crazed lunatics who have given up on the TRUTH!...
— Donald J. Trump (@realDonaldTrump) January 7, 2019
At some point the Fake News will be forced to discuss our great jobs numbers, strong economy, success with ISIS, the border & so much else!
— Donald J. Trump (@realDonaldTrump) July 3, 2017
Presumably, the Bureau of Labor Statistics hasn’t changed its methodology for calculating job growth. What’s different is what’s convenient for Trump, who has often demonstrated he has no problem bending the truth or lying in order to shape a certain narrative. When he wasn’t president, he wanted to paint the economy as disastrous. Now that he’s in the Oval Office, he wants voters to think everything’s just fine.
As Vox’s Ezra Klein laid out last year, there’s been an ongoing debate between conservatives and progressives about whether the Trump economy is a continuation of the Obama economy or whether Trump has pulled off some sort of economic miracle. Jobs growth and GDP growth under the two presidents has been pretty steady.
Per Klein:
It’s hard to look at this data and argue that the Trump economy represents a sharp break with the Obama economy.
But that argument cuts both directions. Trump hasn’t unleashed an economic miracle, but he hasn’t caused a crisis either. Plenty of                     liberals believed a Trump victory would be devastating for the economy, tanking stock markets amid fears of trade wars, nuclear wars,                 and political chaos. That Trump has managed to keep growth going might be a less impressive record than he claims, but it’s a more                   impressive record than many of his critics expected.
To be sure, the president isn’t the end-all, be-all when it comes to the performance of the economy. In fact, in a lot of ways, who’s in the White House doesn’t matter. (Except, for example, if the president orchestrates a five-week government shutdown.) For Trump, who is president does matter — not in terms of what is actually happening, but instead in terms of spin.