Bloomberg Bashes Schultz Over Plan to Run Running As An Independent 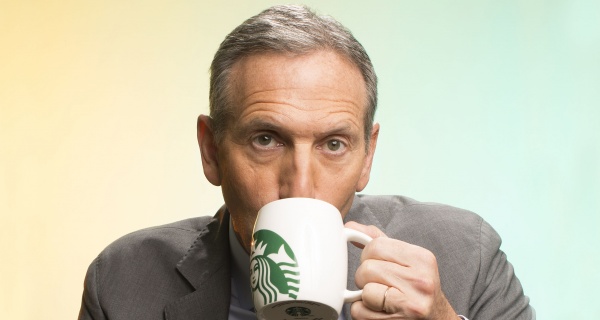 Date Posted: Monday, January 28th, 2019
Former New York City Mayor Michael Bloomberg said Monday an independent 2020 White House bid by former Starbucks CEO Howard Schultz could siphon off enough votes from Democrats to help re-elect President Trump.
Bloomberg in a statement pointed to his consideration of an independent presidential bid in 2016 and said there is "no way" a third party candidate could win. Bloomberg, who served as New York City mayor as a Republican and independent, said an independent bid by Schultz would likely benefit Trump.
"Now I have never been a partisan guy — and it’s no secret that I looked at an independent bid in the past. In fact, I faced exactly the same decision now facing others who are considering it," Bloomberg said about Schultz, who discussed his presidential intentions in a "60 Minutes" interview aired on Sunday. "The data was very clear and very consistent. Given the strong pull of partisanship and the realities of the Electoral College system, there is no way an independent can win. That is truer today than ever before."
Bloomberg added, "In 2020, the great likelihood is that an independent would just split the anti-Trump vote and end up re-electing the president.
That's a risk I refused to run in 2016 and we can't afford to run it now." Bloomberg warned of consequences for Democrats intent on beating Trump.
"We must remain united, and we must not allow any candidate to divide or fracture us. The stakes couldn’t be higher," he said.
The former three-term mayor also defended his Democratic bona fides, noting he was a longtime party member due to his 2001 mayoral bid and that in 2018 he spent over $100 million in independent expenditures to help the party win a House majority.
Bloomberg's comments echo those of Howard Wolfson, one of his top advisers, who tweeted Sunday that Democrats "can not afford the risk of spoiler politics."