We Don't Need His Report, Mueller Has Already Given Us All We Need To Know 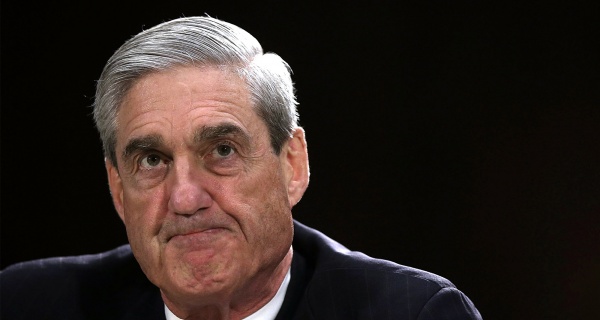 But in some ways, Mueller has been writing a public “report” over the past 15 months, through the indictments and charging documents that his office has issued. Many of the indictments, describing what Mueller and his team have found, are more detailed than required.

To be clear, we don’t actually know for sure if Mueller’s strategy is to use court documents to present his findings to the public. But if we consider the sum of the information that Mueller has already released publicly as a kind of “report” to Congress and the electorate, what have we learned?

There’s evidence that the Russians interfered to help Trump

The indictments that Mueller filed against 25 Russian nationals and intelligence officers in February and July are incredibly detailed, almost novelistic. They meticulously outline a lengthy, complex campaign to create political and social divisions around the 2016 election and undermine Hillary Clinton’s candidacy while aiding Trump’s.

According to the indictments, the Russians obtained emails of top Clinton aide John Podesta and released them to an organization that is widely believed to be WikiLeaks; they also set up fake Facebook and Twitter accounts and even in-person events to promote Trump and attack Clinton.

Criminal charges filed by other Justice Department prosecutors have amplified this story, alleging efforts by other Russians to establish back channel communications with American politicians and even continue to influence American political discourse after the election.

What these charges don’t do is implicate the Trump campaign in the Russians’ attempts to influence the election. That said, Mueller’s indictments paint a detail-rich picture of high-level Russian operatives working to elevate Trump’s candidacy and undermine his opponent’s, a notion that Trump has tried to downplay.

In the indictment of Roger Stone, a longtime Trump advisor, Mueller’s team revealed an especially important piece of information: High-level Trump campaign officials knew about the timing of WikiLeaks’ releases before they became public.

According to Mueller, Stone was feeding information about when the stolen emails would drop — and what their impact might be — to unnamed Trump campaign officials throughout the summer and fall of 2016. At times, these officials reached out to Stone to ask about the status of future releases, and seemed pleased with the results. According to the indictment, after WikiLeaks released the first batch of stolen emails from Clinton campaign chairman John Podesta, an associate of a “high-ranking” Trump campaign official texted Stone, “well done.”

What’s still not clear is whether Trump campaign officials — or even the candidate himself — knew that the emails were going to be hacked, or actively coordinated with Russia to distribute them. Importantly, Stone wasn’t charged with criminal activities directly related to his communication with WikiLeaks or the Trump campaign; instead, he is accused of making false statements, tampering with witnesses, and obstruction when asked about these communications during a subsequent congressional investigation. But the indictment does indicate that Stone’s claim to have no advance knowledge of WikiLeaks’ plans wasn’t true, and that Trump campaign officials were interested in the material that Stone had to offer.

There’s another theme that runs through several of Mueller’s court filings: Key people in Trump’s orbit were not truthful with investigators about their connections or communications with Russia. This is important because Trump and high-level figures in his campaign had significant relationships with Russia.

Despite assertions to the contrary on the campaign trail, Trump was enmeshed in efforts to land a business deal in Russia for a significant portion of 2016. We know this because Michael Cohen, Trump’s longtime personal lawyer, admitted in a guilty plea that he was actively working on a deal to build Trump Tower Moscow through June 2016 and discussed the deal multiple times with Trump.

Trump’s campaign had a lot of connections to people associated with the Russian government (or who claimed to be). Two of the top officials in the Trump campaign, Rick Gates and Paul Manafort, worked for years in Ukrainian politics, aiding leaders with close ties to Russian President Vladimir Putin and the Russian government. Last fall, George Papadopoulos, a foreign policy adviser for the Trump campaign, admitted in a guilty plea that he tried to arrange meetings between Trump campaign officials and Russian officials in early 2016. According to the plea, a professor in London whom he hoped would serve as a liaison between Russian officials and the Trump campaign told Papadopoulos that the Russians had “dirt” on Clinton in the form of “thousands of emails.” And Michael Flynn, who was a top foreign policy adviser to Trump and briefly served in the White House as national security adviser, had repeated contacts with the Russian ambassador to the United States during the presidential transition period.

Still, Cohen’s cooperation with Mueller — and Stone’s recent indictment — also signal that anyone on the campaign or transition team who testified to Congress about their connections with Russia might now also have their testimony scrutinized for false statements, a group that includes Trump’s son Donald Trump Jr. and son-in-law Jared Kushner. Additionally, if the written answers to questions from Mueller that Trump submitted in November contradict Cohen’s statements to Mueller about the Trump Tower Moscow deal, it could create serious problems. More allegations of false statements could be coming.

But there are a few questions Mueller has not answered yet — and they are perhaps the most important ones, not only because of their legal implications but because of the political fallout that could result from the Russia investigation.

First, does Trump have any existing business deals with direct financial ties to the Russian government or major Russian figures? Did he, as a candidate or as the president, make any undisclosed policy deals with Russia (like pledging to attempt to lift sanctions imposed by the Obama administration)? Neither would necessarily be illegal, but any new details that Mueller uncovers could become the subject of news coverage and investigations by congressional Democrats.

Then, there are the key legal questions. Did Trump campaign officials or Trump himself directly encourage the hacking and other interference efforts by Russian officials during the 2016 campaign? And has Trump committed any crimes during the Mueller investigation? In particular, there has been speculation about possible perjury (if Trump gave inaccurate answers in response to the special counsel’s questions) and obstruction of justice (if the president’s firing of FBI Director James Comey was for the purpose of stopping the Russia investigation, back in its pre-Mueller stages). If the answer to either of those questions is “yes,” Trump could be in major legal and political trouble.

Mueller may never answer any of the questions listed above directly. He may decide that, for example, Trump’s potential business holdings in Russia are not relevant to his investigation or are outside the scope of his mandate. Or Mueller may believe that he doesn’t have the power to indict a sitting president; that could limit how much future indictments from Mueller (or even a final report) say, especially on whether the president committed perjury or obstructed justice.

But even if Trump is never charged with a crime as part of the Russia investigation, the president could still be harmed by it. Mueller could file criminal charges against more of the president’s allies (like Roger Stone, who appears to be a focus of the investigation), and those filings could include politically damaging details. Cohen’s guilty pleas illustrate how dangerous a Stone indictment or guilty plea might be for the president.

Through the Cohen cases, prosecutors revealed that Trump had pursued business in Russia while a presidential candidate and was involved in paying off women with whom he had affairs, which violated campaign finance law because the hush money amounted to an illegal campaign contribution.

So stay tuned. We don’t know how much longer Mueller’s investigation will last or how many more indictments or other public documents he will file. His investigation could end with a lot of indictments, but with little said about Trump. Or it could make Trump look so bad that congressional Democrats, the press and the public start to talk more openly about impeachment.