Michael Bloomberg Plans To Create His Own Path In The 2020 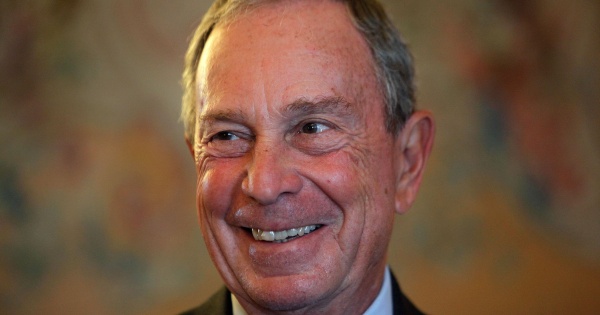 At first glance, Michael Bloomberg would seem to have zero appeal in a Democratic Party where progressive populism is on the rise and activists and elites say it’s time for a woman or a person of color to win the White House.

But unlike any of the other presidential hopefuls, Bloomberg plays a dominant leadership role on two of the top issues on the minds of progressives heading into the 2020 cycle: climate change and gun control. He’s spent a decade as the nation’s preeminent financier on those issues, buying considerable goodwill in progressive circles. If he runs, those familiar with his thinking say, they’ll be the pillars of his campaign.

No successful presidential campaign has ever been anchored to those issues. But the politics surrounding climate change and gun control have changed dramatically in recent years and nowhere more than in the Democratic Party. In a splintered field where the former New York mayor’s message would be reinforced by a theme of governing competence and private sector success, those close to him believe Bloomberg could find traction despite his seemingly awkward fit.

“He’s not going to be running to the far left like the other candidates are. He describes himself as fiscally moderate, fiscally conservative, but he’s clearly socially liberal and he’s a key driver of social policies,” said a top Bloomberg Insider. “For Mike, it’s not ideologically driven, It’s pragmatic. People die from an excess of guns in America. People are dying and suffering and will continue from the effects of climate change.”

Bloomberg is polling and collecting “data,” the source said, and climate change and guns are “going to drive Democrats to the polls.” The politics of climate change have been front and center with the opening of the new Congress as Democrats discuss making a “Green New Deal.”

Bloomberg’s top boosters insist he hasn’t made up his mind yet about running. He’ll make an official announcement within a month.

If he decides to run, Bloomberg told reporters in Iowa last month, he would make climate change “the issue.”

Guns won’t be far behind.

“I've devoted a lot of my life now to fighting gun violence,” Bloomberg said Thursday in Tulsa, Oklahoma, at an event for Everytown for Gun Safety, a group he formed five years ago after he was New York Mayor. “When I left office, I knew that I couldn't walk away from that responsibility ... I'm going to devote my life to a job that has not been finished.”

As the philanthropist and founder of an eponymous news and information company publicly mulls a presidential bid, Bloomberg is already acting like a major candidate, except he has a net worth estimated at $51 billion, a vast network of activists who have depended on him for years and a private plane that can take him wherever he wants to hold events with them and soak up free media coverage.

In the past four months, Bloomberg has visited 27 cities, dropping off checks with grateful activists and mayors who want to fight global warming or the gun lobby or both. Bloomberg has contributed so much to gun control and climate change groups that aides can’t give a precise figure of the total donated to all over the years, estimating it at “hundreds of millions” — $110 million of which was given to the Sierra Club alone for its “Beyond Coal” effort.

Bloomberg, meanwhile, has privately met with political players about a potential 2020 bid, as he did in Iowa where he ostensibly traveled in December to screen a new documentary he financed about climate change, “Paris to Pittsburgh,” and spoke to Moms Demand Action, a gun control group affiliated with Everytown. He’s also hired an aide just to handle press inquiries about a potential bid and this month re-released his book, “Bloomberg by Bloomberg.”

It’s there, at a memorial for the civil rights icon with Sharpton, that the limits of Bloomberg’s progressive bonafides come into sharper focus. Sharpton, other black leaders, and even federal courts have criticized the racially biased “stop-and-frisk” New York policing policies that Bloomberg embraced as mayor and that he recently stood behind as a necessary crime-fighting tool, despite evidence to the contrary. On his Iowa trip, protesters harangued him about stop and frisk and other issues.

Bloomberg insiders privately acknowledge stop and frisk is a liability in a Democratic primary. It’s not the only one.

At 76 years old, Bloomberg probably has one last chance to have a reasonable shot at the White House. And insiders are keenly aware that a Republican-turned-independent-turned-Democrat will struggle in a party that’s drifted leftward. Also, the billionaire financial tycoon who saw Occupy Wall Street erupt in his city in 2011 when he was mayor will have some explaining to do to a party that’s concerned about wealth disparity.

But in a crowded Democratic primary where everyone moves left, the centrist, self-funding billionaire could have enough money and voters to sustain a long campaign that could last until the 2020 convention.

There’s also hope that, if Bloomberg runs, his activism on guns and climate will mute some of the incoming he would otherwise get from the left. So might the fact that he contributed an estimated $110 million to help 21 Democratic congressional candidates win in November.

“Bloomberg’s kind of money buys a lot of loyalty — or at least silence,” said one top Florida Democrat. “Anyone else would be toast.”

It’s not that Bloomberg has merely purchased or rented support. Instead, Bloomberg has earned credibility by picking big fights long ago that weren’t so popular.

Climate change barely registered as an issue as recently as 2008 when Barack Obama he first ran for president. As an Illinois senator, Obama still had a measure of loyalty to the coal industry, and the jobs that came with it, in the south of the state. Since then, climate change has steadily risen in importance amid increased warnings from scientists, concerns about the intensity of killer storms and, especially for Democrats, President Trump’s labeling global warming a “hoax” and his decision to pull out of the Paris Climate Accords.

Hargreaves said that in 2008 even activists weren’t talking about climate change much. Now the major Democratic presidential hopefuls all have platforms.

The same is true of guns. When Bloomberg a decade ago started his first gun control group, Mayors Against Illegal Guns, taking on the National Rifle Association was considered political suicide. On the 2008 campaign trail, Obama would only go so far as to say he supported “some common-sense gun safety laws.”

But today, all the major Democratic candidates and likely candidates for president advocate for issues like an assault weapons ban or universal background checks, said Peter Ambler, executive director with the gun control group Giffords, which works in tandem with Bloomberg’s Everytown for Gun Safety.

Exit polls after last year’s elections showed that Democrats ranked gun control as the second-most important issue behind healthcare. Ambler said Bloomberg’s advocacy has been so deep and long that he’s earned an air of “authenticity” among activists.

“I don’t think when he started focusing on this 10 years ago that the issue would have been as politically powerful as it is today,” Ambler said. “I’m certainly old enough to remember John Kerry dressing up in a duck hunting outfit because he felt he needed to appeal to the NRA in some way shape or form. The politics have changed.”