Singer Lost Her Fan Base After Performing At Trump's Inauguration 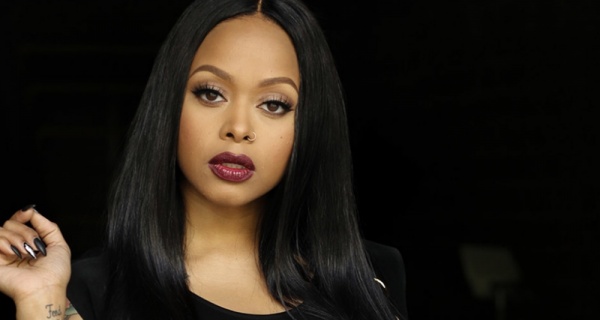 If we looked up “cancel culture” in the dictionary, you’d probably see singer Chrisette Michele’s face next to the definition. During the dark, triggering days of the last presidential collection many African-Americans drew a proverbial line in the sand when it came to celebrities who refused to drink the orange Kool-Aide and others like Michele and comedian/host Steve Harvey who nominated themselves as tributes from the black community and encouraged us to hear the Cheeto-In-Chief out. While many celebrities gradually fell back from being so vocal about their questionable political beliefs after backlash from the Black community, Michele took it up a notch, boldly defending her decision to perform at the Presidential Inaugural Ball and giving us a play-by-play of every passing thought in her head about the whole ordeal on Instagram, which served only as fuel for fans who were already triggered by the state of politics at the time. The whole situation seemed to end with Michele revealing she had suffered a miscarriage at some point, and while fans were sympathetic, they have fallen all the way back from the “A Couple of Forevers” singer ever since.

The Washington Post caught up with the singer recently during a performance at Pennsylvania’s Keswick Theater. At one point in her career, Michele was singing to a sold-out a venue, but after her, she proceeded to perform at the inaugural ball, her music stopped being played on radio stations and fans collectively “canceled” her. The singer then told fans she’s “no political genius” after asking them to build a bridge to a man who has pretty much dedicated his life to destroying any progress accomplished during President Barack Obama’s two terms. In December of 2018, she found herself looking into a crowd and seeing an incredible number of empty seats staring back at her.

However, Michele said she is grateful for having time out of the spotlight to reflect on her career:

“While I felt like people took so much away from me in those two years, I’m more grateful for finally having time to look at the last 12. And I think that is the bright side. … I want people to know that it’s okay to expect more from me.”

Michele claims she didn’t even vote for Donald Trump and recently before the midterm elections continued to use her voice to encourage black voters to “REBALANCE the scale”, but she acknowledges that her actions isolated many fans who no longer care for her music nor her political message. The New York native says she understands why fans turned their backs on her:

“They didn’t feel represented in that moment. They felt misrepresented. They felt further misunderstood, and they felt the person they were depending on to speak on their behalf just betrayed them.”

Michele’s defense for taking the $75,000 paying gig despite the warnings to decline, was that she wanted control of her own career. But after she took to the performance in an African printed skirt singing a gospel hymn alongside Travis Greene, the seemingly double-sided message only seemed to make fans angrier and the more Michele talked, the more of them turned away. The criticism appeared to send the singer into depression, with her posting picture of pills and hard liquor on Instagram. When she shared she had suffered a miscarriage, she posted a graphic picture on her social media that followers learned she simply downloaded off Google, making her seem more disingenuous. The 36-year-old now admits it was a desperate move made out of pain and rejection:

“I wanted to say look what you made happen.”

” I wanted to be like, ‘You hurt me so bad that I couldn’t even carry a child.’”

Michele explains that a previous diagnosis of polycystic ovarian syndrome made her already aware that carrying a pregnancy would be difficult, but she wasn’t exactly forthcoming with fans.

She shares that in the past few years she’s looked into other avenues for her career including mentorship and opening a Yoga studio since she’s unsure if there is a career in music for her any longer:

Until she figures it all out, Michele maintains she’s going to give her all to the fans still showing up for her:

“When you go to a theater that’s half full, you don’t say, ‘Well, it’s half full.’ You sing to the people that are there.”