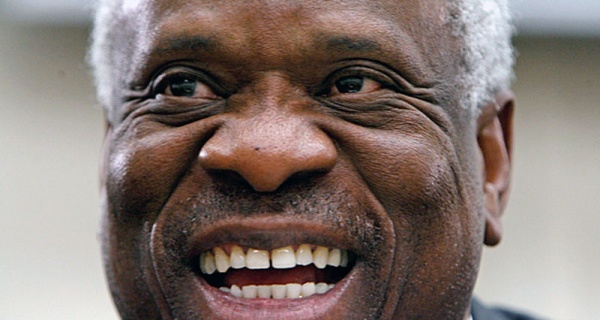 Date Posted: Wednesday, January 16th, 2019
The Supreme Court issued its first closely divided ruling of the 2018-19 term Tuesday, but not along strict ideological lines.
Associate Justice Clarence Thomas wrote the 5-4 decision, in which the court upheld a heavy criminal sentence for a defendant whose robbery conviction included the potential of force. Associate Justice Stephen Breyer joined four conservatives in the majority.
Associate Justice Sonia Sotomayor wrote the dissent, which Chief Justice John Roberts joined. She belittled the majority's definition of force with a reference to her own recent shoulder replacement surgery.
"As any first-year torts student (or person with a shoulder injury) quickly learns, even a tap on the shoulder is 'capable of causing physical pain or injury' in certain cases," she said.
The case – the first one heard by Associate Justice Brett Kavanaugh, who joined the majority opinion – focused on the much-maligned Armed Career Criminal Act, a 1984 law that sets a 15-year minimum sentence for gun crimes if the defendant has three or more serious or violent felony convictions.

An armed Denard Stokeling was arrested in Florida for burglary in 2015. He had three 1997 felonies on his record, including one for unarmed robbery. In Florida, robbery does not need to include violent force.
During oral argument, various justices wondered how much force should be necessary to qualify under the ACCA. Some noted that the higher threshold Stokeling sought would exempt crimes that actually hurt people in a majority of states. At one point, Sotomayor pinched Associate Justice Neil Gorsuch to suggest that a pinch might be sufficiently painful.
Other justices worried that the lower standard backed by the federal government would subject purse-snatchers, shoplifters and pickpockets to 15-year prison sentences if they committed a single crime with a gun.
In his majority opinion, Thomas said a robbery qualifies as sufficiently violent if it "requires the criminal to overcome the victim's resistance."
"Robbery that must overpower a victim’s will – even a feeble or weak-willed victim – necessarily involves a physical confrontation and struggle. The altercation need not cause pain or injury or even be prolonged," Thomas said.
In her dissent, Sotomayor argued that Thomas's standard "can mean essentially no force at all .... For example, the force element of Florida robbery is satisfied by a pickpocket who attempts to pull free after the victim catches his arm."
"A robbery statute that sweeps as broadly as Florida’s does not qualify as an ACCA predicate," Sotomayor said.