Steve King Is Not The Only Racist Republican 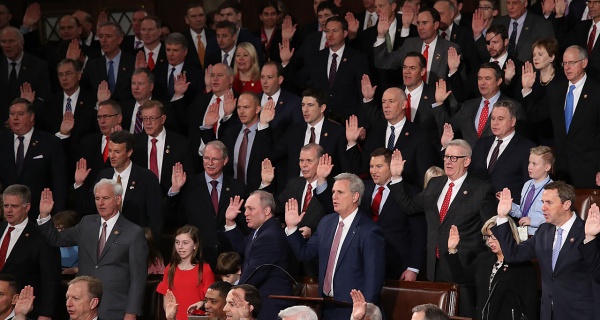 Date Posted: Wednesday, January 16th, 2019
It seems the Republican Party is finally ready to admit that it has a racism problem. But contrary to what the GOP would have us believe, it’s not just Rep. Steve King.
The problem is much deeper than that.
Elected officials like King certainly reinforce what many African-Americans already have concluded about the Republican Party.
In an interview with The New York Times, King reportedly wondered out loud, “White nationalist, white supremacist, Western civilization — how did that language become offensive?” It was just the latest in a long history of racist comments.
Republican leaders seemed appalled. Late Monday, House Republicans stripped King of all his committee assignments, though the move seems rather ceremonial since the GOP is no longer in the majority. Senate Majority Leader Mitch McConnell said there’s no place in the Republican Party for such ideology.
Sen. Tim Scott, a South Carolina Republican who is African-American, wrote an op-ed in The Washington Post pointing out some of the terrible things white supremacists have done. And he added this:
“Some in our party wonder why Republicans are constantly accused of racism — it is because of our silence when things like this are said.”
No, Sen. Scott, that’s not why many African-Americans think the Republican Party is racist. It’s because of the racist policies the GOP espouses. It will require a lot more than an apology or a sudden burst of consciousness to turn things around.
Let’s just go down a list of the most obvious reasons African-Americans don’t trust Republicans.
It’s the GOP that’s passing racist statewide voter identification laws in an attempt to keep African-Americans away from the polls. The GOP voted to give billions of dollars in tax breaks to the wealthy while proposing drastic cuts to Medicare, Medicaid, Social Security and other safety nets for the poor.
It’s the GOP that looks at Pell Grants, student loans and Head Start programs as handouts, rather than steppingstones to a better life for African-American students.
It’s the GOP that has voted over and over to repeal health care reforms that, for the first time in history, eliminated the inequity in uninsured rates for black children and white children.
It’s the GOP that has attempted to take sole credit for reducing the unemployment rate for African-Americans when blacks know full well that the downward trend began under President Barack Obama. It’s the GOP that has fought against police reforms, affirmative action and policies that protect consumers from predatory lending.
Without question, Republicans would love to have the African-American vote as they did in the aftermath of the Civil War. It would ensure that Democrats have a much tougher, perhaps impossible, chance of being elected to office.
Exit polls suggest that in the past 12 presidential elections, the Republican candidate garnered only about 10 percent of the black vote, while the Democrat averaged 87 percent.
But don’t think for a minute that blacks are loyal to any party name. They are loyal to party policies. Republicans lost black support when they stopped being the party of Abraham Lincoln and became the party of Barry Goldwater in 1964.
Blacks immediately threw their support behind Democrat incumbent Lyndon Johnson, who had pushed through the Civil Rights Act, rather than Goldwater, his Republican challenger who opposed the law banning segregation in public places.
What troubles many Republicans, though, isn’t the fact that its policies rarely, if ever, benefit African-Americans. It is that blacks aren’t stupid enough to believe the halfhearted argument that they’d fare much better with Republicans than with Democrats.
Truthfully, most African-Americans don’t think that Democrats are perfect, but when you put the two side by side, the choice is a no-brainer.
If you really want to talk about personalities, we can go there, too. Yes, Republicans gave us Sen. Hiram Revels, the first African-American to serve in Congress in 1870. But in 2016, Republicans gave us Donald Trump.
According to a poll conducted by The Associated Press and the NORC Center for Public Affairs Research, 84 percent of blacks think Trump is a racist.
It is clear that the party that gave America Lincoln and the Emancipation Proclamation no longer exists. It is now the party of Trump and King and a disturbing number of white supremacists.