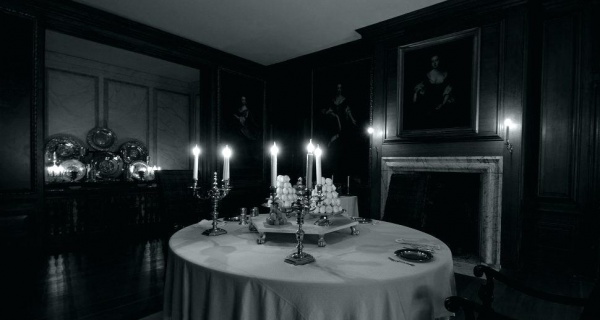 Date Posted: Wednesday, January 16th, 2019
Moderate House Democrats declined President Donald Trump's lunch invitation Tuesday because they were on the menu.
They were asked to the White House to discuss funding for president's promised border wall and a partial government shutdown now nearing the one-month mark. Trump's strategy, White House officials say, is to make an end-run around Democratic leaders and cut a deal that builds the wall and opens the government.
"We want to work with rank-and-file Democrats," White House Director of Strategic Communications Mercedes Schlapp said Tuesday morning, adding that Speaker Nancy Pelosi had made it clear that even if the government were to reopen, "she has no willingness to negotiate."
Minutes later, the White House announced that those rank-and-file Democrats had decided to boycott the lunch, leaving the president to chat with nine members of a House Republican Conference that doesn't have the power to deliver his wall.
The moderates suspected the lunch, held a day after Trump served McDonald's, Burger King and Wendy's to Clemson University's national champion college football team, would be a nothing-burger on substance. Given that, letting Trump publicly split them from their leaders and most of their party's voters offered plenty of peril — and little potential reward.
The question was, which risk was greater: the possible political blowback from turning down a meeting request with the president during a government shutdown — or the specter of being used as part of a public-relations show by a president who turned one private meeting with their leaders into an on-camera slugfest and stalked out of another, calling out "bye-bye" as he left.
"These members were not born yesterday," said Kristen Hawn, a Democratic strategist who works with members of the moderate Blue Dog Coalition in the House. "When the president is serious about coming to bipartisan compromise, I have no doubt that they will meet with him, as many have done in the past. But they won't be used as his political pawns to hide the fact that he is the one responsible for the longest shutdown in history."
It's hard to see how Trump is going to inspire back-bench Democrats to rise up against Pelosi when he can't even use the lure of the most powerful office in the world to entice them to break bread with him.
But he had to know the chances they would boycott the hastily scheduled lunch — even as a second round of invitations for a Wednesday meeting went out to another set of lawmakers Tuesday — were reasonably high.
Some of the moderate Democrats Trump targeted, including two of the leaders of the Blue Dog Coalition, have been vocal opponents of the border wall, and no one in the group was authorized to negotiate on behalf of the rest of the party.
But for a president who has been trying to portray Democrats as intransigent and unreasonable, the boycott may have served as much of a purpose — if not more of one — than an actual discussion.
"Inviting Democrats to the White House to try and find a way to break the impasse gives Trump a reason to be critical when they decide not to show up," Republican strategist Ron Bonjean said. "It gives the White House a helpful messaging opportunity" even though "a deal is not likely to be immediately reached" at such a meeting.
Trump has been trying to alter the fundamental political dynamics of the debate as the government shutdown wears on. Last week, he delivered a prime-time address to the nation on what he said was a "humanitarian and border-security crisis" necessitating the wall, left a meeting of
bipartisan congressional leaders when Pelosi told him she wouldn't agree to fund it even if he opened the government, and visited the border.
At each turn, he has slammed Democrats, as he did on the campaign trail during the midterm elections, for what he says is a desire to open the country to illegal immigration, human-trafficking and drugs. Democrats have said they are for border security, fighting human-trafficking and overhauling the nation's immigration laws but that the wall is an expensive way to fail to accomplish those goals.
Over time, support for a border wall has grown, but a majority of Americans still oppose the idea. A Washington Post/ABC News poll released this week shows that 42 percent want a wall while 54 percent don't — a year ago, 34 percent were in favor and 63 percent were opposed. But 53 percent of Americans — and 53 percent of independents — blame Trump and Republicans in Congress for the shutdown, while 29 percent of all Americans and 23 percent of independents blame Democrats in Congress, according to the poll.
Still, when it comes to hard-boiled partisans, there's little room to compromise. Eighty-seven percent of Republicans want the wall, including 58 percent who say Trump should demand the money. Eighty-four percent of Democrats oppose it. That math helps explain why lunch — much less capitulation — is tough for any elected leader to swallow right now.