The Donald Cut Health Benefits For His Brother's Grandson 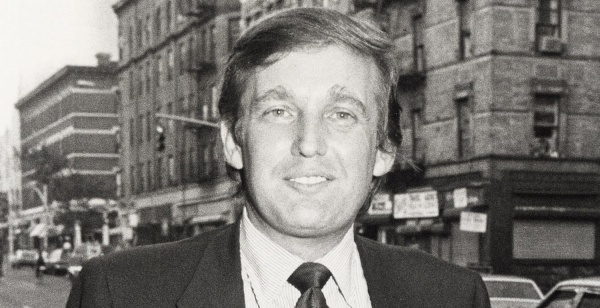 Date Posted: Friday, January 11th, 2019
Donald Trump likes to get his way, and he’s not above cutting off a sick infant’s health coverage to make it happen.
The story begins after the death of Trump’s father, Fred Sr., in 1999. As David Cay Johnston explains in his book The Making of Donald Trump, Fred Sr. had written a will after the death of his oldest son, Fred Jr., known as Freddy, in 1981. The will left the majority of Fred Sr.’s wealth to Donald and his surviving siblings. Freddy’s family was largely cut out.
When Fred Sr. died, Freddy’s children sued, claiming that the will “had been ‘procured by fraud and undue influence’ by Donald and the other surviving siblings,” according to Johnston.
Johnston writes that medical insurance had consistently been provided to the family through Fred Sr.’s company. This coverage was crucial for Freddy’s grandson (Donald’s grandnephew), who suffered from seizures and later developed cerebral palsy. So crucial, in fact, that a letter sent from a Trump lawyer to the insurer after the patriarch’s death in 1999 said that “all costs” for the sick child’s care should be covered, regardless of caps on the plan or medical necessity, according to Johnston. That didn’t last long.
A week after the lawsuit was filed in court, Freddy’s son (Donald’s nephew) received a letter informing him that the health insurance would be discontinued, meaning his ill son would be left without coverage. Donald openly admitted to the New York Daily News that he and his siblings took this action out of revenge.
“Why should we give him medical coverage?” Trump said, adding, “They sued my father, essentially. I’m not thrilled when someone sues my father.”
Trump explained that his late brother’s family didn’t receive much in the will because their father wasn’t fond of Freddy’s ex-wife, the New York Times reported.
Trump told the newspaper that the family members later settled the lawsuit “very amicably.” What became of the care for his sick grandnephew? We’ll never know. The settlement agreement, according to Johnston, is sealed.