While We Focus On The Wall, Trump Is Dismantling Anti-Racism Rules 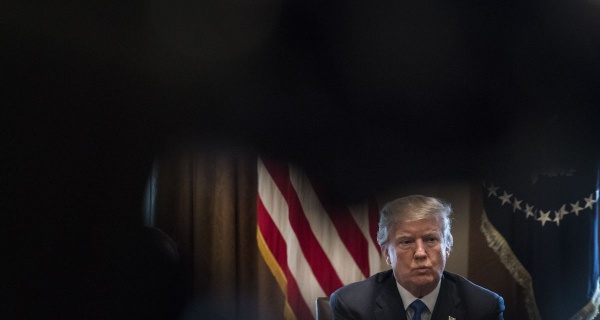 Date Posted: Thursday, January 10th, 2019
While America is engaged in a heated debate about the border wall and the government shutdown, at least three cabinet-level departments inside the Trump administration have been quietly investigating how they could roll back a particularly important legal precedent that prevents discrimination in housing, employment, policing and even education.
The Washington Post reports that the Department of Justice recently issued an internal memo directing top civil rights officials inside the Department of Justice to examine how disparate impact regulations can be changed or removed. Similar efforts are also underway at the Department of Education as well as the Department of Housing and Urban Development.
If you’re not familiar with the concept of “disparate impact” (sometimes called “adverse impact,” or (“disproportionate impact”) allow me to explain the concept with another, more appropriate synonym:
Structural racism.
While most people have been led to believe that racism has something to do with hate, intent or belief, that is not the case. Legally, a policy, rule or action can be declared discriminatory even if the rule or policy itself doesn’t have any discriminatory intent. If an action has a disproportionately negative effect on a legally protected group of people, then it is illegal, even if it is not intended to discriminate.
The concept is simple. Even if a thing is not meant to be racist, it is still racist if it systematically affects a protected class of people. It was enshrined in Title VI the Civil Rights Act of 1964 and has stood as a bedrock principle and the legal test for prejudice ever since.
For instance, imagine that a state decided to require all voters to have voter ID (not that this would ever happen). Now, even if lawmakers ruled that the new law was enacted across the board to prevent voter fraud, a court might still rule that the law disproportionately impacts African-American voters who are less likely to have a state ID, as the Eastern District of Wisconsin did in striking down a voter ID law.
Despite what the “he-ain’t-done-nothin’-for-us” crowd would have you believe, Barack Obama’s often used the concept to address many racial disparities. The education secretary issued a “dear colleague” letter to schools that punished black kids more harshly than white kids warning them that they could be sued for discrimination. It’s how the Obama Justice Department forced sweeping changes in Ferguson, Mo. police department that disproportionately ticketed black drivers. The Obama administration took a housing case all the way to the Supreme Court to fight housing discrimination and unfair lending practices by banks.
Florida’s Democratic Party successfully used the legal precedent to ensure that votes weren’t tossed out in the most recent midterm elections, writing in their bid for injunctive relief:
This entirely standardless, inconsistent, and unreliable signature matching process, which has a disparate impact on People of Color and young, first time voters, violates the prohibition against undue burdens on the right to vote, enshrined under the First and Fourteenth Amendments to the U.S. Constitution, and subjects Florida voters to disparate treatment and inconsistent standards in violation of the Fourteenth Amendment’s Equal Protection Clause.
Well, Donald Trump is tired of this bull
.
The Washington Post writes that conservatives have wanted to erode the principal for years, writing:
Past Republican administrations have done little to erode the concept’s application, partly out of concerns that the Supreme Court might disagree, or that such changes would be unpopular and viewed as racist...
But conservatives have long argued that proving discrimination should require proof that someone intended to treat people differently. And they say that if people are being judged by numbers, they may feel pressure to make decisions based on racial quotas.
That’s right. Donald Trump wants to make racism OK unless someone can prove the accused party intended to discriminate against them. To be fair, if this concept was in place when Trump settled a federal housing discrimination lawsuit, he still would have lost after a doorman who worked in Trump’s building revealed that he was told: “If a black person came to 2650 Ocean Parkway and inquired about an apartment for rent, and he, that is [redacted] was not there at the time, that I should tell him that the rent was twice as much as it really was, in order that he could not afford the apartment.”
Under the Trump theory of jurisprudence, poll taxes, all-white schools and redlining—the federal policy that basically banned banks from issuing government-backed home loans in black neighborhoods—would still be legal as long as the racists didn’t broadcast their intent.
Because institutional racism is disparate impact in a nutshell. It is Brian Kemp disenfranchising tens of thousands of black voters under the guise of “ballot security.” It is the reality that poorest majority white public schools are still funded at higher rates than the average majority-black school. It is the fact that every year, black people are 3 times more likely to be killed by police even though there is no provable widespread collusion.
Embedding discriminatory policies in the rules is the definition of institutional racism. Yet there are many people who truly believe that as long as they don’t have malice in their hearts and remain a good person, they can’t be racist.
Luckily, there is also a legal term for that belief:
Racism.