Trump Has No Convictions, Not Even About The Wall 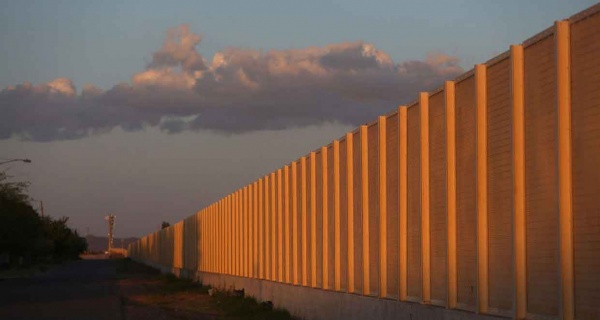 Date Posted: Wednesday, January 9th, 2019
President Donald Trump forced his way onto network television Tuesday night and delivered an address that looked for all the world like an unfunny “Saturday Night Live” skit aimed at mocking President Donald Trump.
His voice droned. He sniffed and sniffed. He squinted at the teleprompter, sleepily delivering lies about immigration and immigrants and the ludicrous border wall he will never see built.
The wall will pay for itself! (Nonsense.)
There’s a crisis at our border! (Apprehensions at the U.S.-Mexico border are far below their historic highs of the early 2000s, according to Customs and Border Protection, and the only crisis is the one Trump’s administration created by separating asylum seekers from their children.)
Illegal aliens are violent and a threat to our safety! (Boilerplate xenophobic rhetoric easily debunked by data that has repeatedly shown immigrants living in the U.S. illegally commit crimes at rates far lower than U.S. citizens.)
The fact-checking could go on and on, but it gets tiresome. Even Trump seemed bored of the lies he was spouting during a prime-time address from the Oval Office, and he carried the look of a man who knows he’s losing. A man who wished he were doing something else, like golfing at taxpayer expense or hobnobbing with wealthy pals or having his ego pumped up at a campaign rally by the cheering fans he conned into thinking he could actually deliver a wall.
He can’t. He won’t. Setting aside the absurdity, offensiveness and impracticality of a more than 1,000-mile-long edifice to Trump’s ego, there isn’t enough support for a wall, nor is there money for such a pointless project.
The Trump-induced government shutdown is dragging on, hurting working Americans and, with each passing day, increasing the pressure on Republican lawmakers to turn on the president and vote with Democrats to reopen the government.
So what did Tuesday night’s address to the nation accomplish? Zilch.
The loyal Trumpists who believe every word the president speaks and know in their hearts that a big, beautiful wall — or maybe a sleek steel-slat barrier! — will soon rise from the Texas desert and keep them safe from marauding hordes of bloodthirsty immigrants are still just as sure as ever that everything’s going according to plan.
But everyone else saw a man who will never admit failure looking a lot like he knows he has failed.
The New York Times reported late Tuesday on an off-the-record lunch Trump held with television anchors just hours before he gave the address, with two sources telling the newspaper that Trump “was not inclined to give the speech” or take his planned Thursday trip to the Texas border. The sources said Trump saw the Texas trip as nothing more than a photo opportunity.
I don’t think Trump has ever cared a bit about immigration or protecting the border. I don’t think he gives a whip about who comes in or where or how or why they enter the country.
The wall, for our narcissist in chief, has never been more than an abstraction, something large and impressive-sounding he could use to get the people who like him excited. I doubt its functionality or purpose has any meaning to him. It simply became a part of his nationalist brand, an idea that was fun to toss around in a crowded auditorium, like a giant beach ball at a concert.
But now that the government is shutdown and Trump’s temper tantrum isn’t swaying Democrats in Congress one bit, that fun, giant bouncing ball of an idea isn’t feeling so fun to our self-serving president.
What Trump needed, in the wake of Democrats winning back the House of Representatives and special counsel Robert Mueller’s investigation closing in on him, was a distraction. The focus had to move away from all the people in his inner circle who were flipping or being sentenced to prison time, and he — the Donald — had to grab the spotlight.
So he fell back on the part of his presidential brand he thought he could always count on: The Wall!
But it backfired. It stopped being fun. It required Trump to do a televised speech he didn’t want to do, and now he’ll have to fly down to the border and pretend to care.
He doesn’t care. The wall has never been more than an applause line. And now it’s nothing more than a Trumpian attempt to distract from other things that might make Trump look bad.
It’s not working. It’s just adding to the things making Trump look bad.
You could see it on the president’s face Tuesday night as he squinted at the American people and delivered the divisive, dishonest words that others fed him.
He looked like he knows the con isn’t working. Like he just figured out that the fall guy is him.