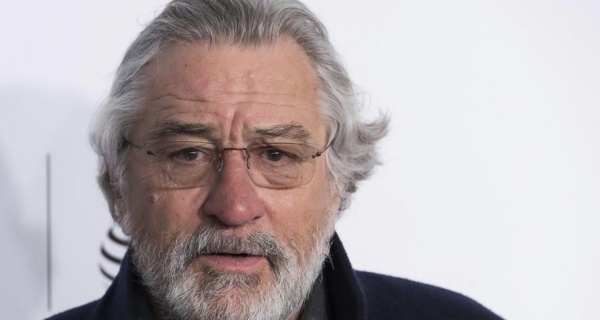 Robert De Niro has once again hit out at Donald Trump, calling the President of the United States a “white supremacist” and a “racist”.

During an interview with The Guardian, the Oscar-winning actor – a long-standing critic of Trump – went as far as drawing comparisons with Hitler and Mussolini.

“When you see someone like [Trump] becoming president, I thought, well, OK, let’s see what he does – maybe he’ll change. But he just got worse,” De Niro said.

“It showed me that he is a real racist. I thought maybe as a New Yorker he understands the diversity in the city but he’s as bad as I thought he was before – and much worse. It’s a shame. It’s a bad thing in this country.”

Questioned about whether he would call Trump a white supremacist, De Niro answered “Yes” but was less definitive on calling him a fascist.

“I guess that’s what it leads to,” he said. ”If he had his way, we’d wind up in a very bad state in this country. I mean, the way I understand it, they laughed at Hitler. They all look funny. Hitler looked funny, Mussolini looked funny and other dictators and despots look funny.

“What bothers me is that there will be people in the future who see him as an example and they’ll be affected in some way, but they’ll be a lot smarter and have many more colours to their personality and be more mercurial and become someone with the same values as he has but able to get much further and do more damage as a despot. That’s my worry.”

De Niro – best known for his roles in The Godfather Part II, Goodfellas, and Casino – has previously said “f*** Trump”. The president responded by saying the Raging Bull star was “punch drunk” and “a very Low IQ individual”.

There was some criticism of the actor for making the vitriol statement, with De Niro now concluding he would not do the same again.

“That’s not the way to get things done,” he said. ”[But] I felt that this is something I should say because it’s basic. Trump is basic. He’s just a guy who just thinks he can rattle off his mouth and say anything. Well, I want to say the same thing to him: there are people who are going to say the same thing back to you, no matter who you are.”

De Niro recently reignited tensions between himself and Trump while appearing on CNN, saying the President is “like a nightmare that you remember”.