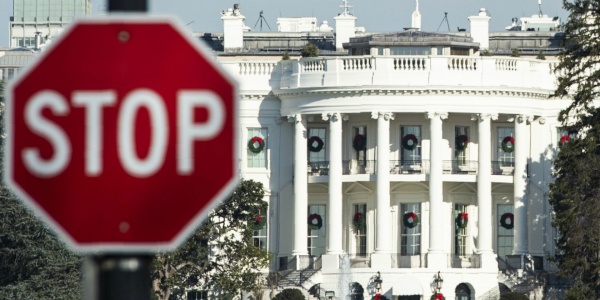 Millions of Americans receiving food stamps could face having their Supplemental Nutrition Assistance Program (SNAP) disrupted if the government shutdown—which entered its third week on Saturday—continues into February.

The partial government shutdown that began last month currently affects approximately one-quarter of U.S. government departments, including the Department of Agriculture which supervises SNAP at the federal level.

The program has not been allocated funding from Congress past this month, and although Congress has set aside $3 billion as emergency funds, the amount isn’t enough to cover all recipients of food stamps throughout February. According to the U.S. Department of Agriculture, the cost of food stamps average $4.8 billion per month.

In 2017, 42 million U.S. citizens were on food stamps at some point throughout the year, with over 68 percent being families with children and more than 44 percent in working families, according to the Center on Budget and Policy Priorities.

Dottie Rosenbaum, a senior fellow at the Center for Budget and Policy Priorities, told NBC News that the average of the $.18 billion shortfalls across the estimated 19 million households currently on food stamps is a cut of around $90 per month. It constitutes a large chunk of the average monthly amount each family receives, which is about $245.

"Even if the President and Congress resolve the shutdown by February, depending on the decisions the Administration makes in the coming one to two weeks, households could experience a substantial delay in receiving their full SNAP allotment for February because of the operational challenges that states and EBT contractors face," she said.

Some SNAP recipients have already been turned away when attempting to pay with food stamps. On Sunday, WFLA reported that a grocery store in Clay City, Indiana, has been rejecting customers on food stamps for over a week and counting. "Our machines weren't taking any EBT cards and we didn't really know what was going on. We didn't know if it was a technical issue. And then we found out it was due to the government shutting down," IGA manager Tristen Malone said.

"They're really upset about it, which is understandable. I mean that's like, you know, really discouraging that they can't use it," Malone continued. "And I mean, we've had some people even get mad about it but it's like out of our control, there's nothing we can do about it."