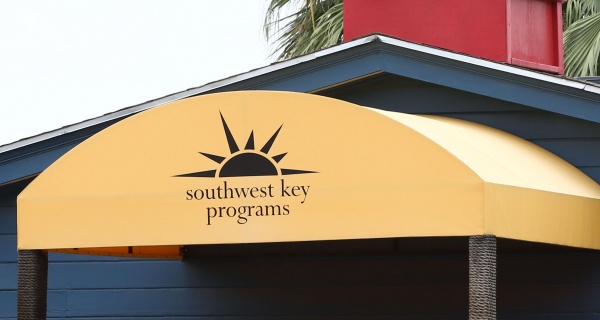 Videos from a Southwest Key shelter for migrant children show staffers dragging and pushing children, incidents that occurred shortly before the federal government suspended the shelter's operations early this fall.

The Arizona Republic obtained the videos from the Arizona Department of Health Services under state public-records law.

Southwest Key had reported the mid-September incidents, which involved three children and numerous staffers at the Youngtown shelter, to state authorities, as well as local law enforcement and federal officials, but declined to publicly provide details at the time.

Southwest Key ultimately closed the shelter, called Hacienda Del Sol, in late October. That came in the wake of negotiations with state health authorities over potential revocation of all 13 licenses that Southwest Key holds in Arizona, because of the company's lapses in background checks for staff.

One surveillance video shows a male staffer dragging and pulling a boy into a room, then slapping him and pushing him against a wall. The staffer then recoils when it appears the child strikes him. The staffer then leaves the room, and the boy is seen retreating to a corner, then pounding on the window in a door to an adjacent room.

A second video shows a female staffer hustling a child through a conference room, then dragging the child into an adjoining room because the child had lain down and tried to block the doorway with their legs. It is unclear from the edited video if the child is a boy or girl.

As that is happening, another staffer pulls a child with extended arms into the same room. All the while, workers doing other tasks in the conference room go about their business, with one seen adjusting her ponytail.

A third video shows a disrupted classroom setting, but the exact actions are unclear from the blurry image.

The state agency blurred the videos to protect the privacy of the children depicted.

It's unclear if the incidents directly prompted the federal intervention. The videos were from Sept. 14, 17 and 21, according to the Maricopa County Sheriff's Office, which investigated the incidents. The federal government, which contracts with Southwest Key to house migrant children, suspended operations at the facility in early October.

Southwest Key spokesman Jeff Eller declined to elaborate on the incidents Friday. Instead, he reiterated what the shelter operator said in October: welcoming the move by federal authorities to suspend the facility's operations and pledging to retrain all staff.

The Arizona Republic in October submitted a records request to the Sheriff's Office for details on the incidents that prompted the suspension. The agency has yet to provide records, but late Friday, a spokesman said after reviewing the specific surveillance videos, as well as hours of other videos to ensure no harm to children, it found no grounds for criminal charges.

"(T)he investigation determined that while physical force and restraint techniques were used against these minor children, these actions did not rise to the level of criminal charges," Sgt. Joaquin Enriquez said in a statement.

State law permits the kinds of restraint techniques shown in the videos, he said.

State health officials declined to comment on the videos.

As the same time, the incidents captured on video were happening, Southwest Key was under pressure from state regulators over failing to ensure that all of its employees were properly backgrounded. The health department threatened to revoke the licenses of all 13 Southwest Key shelters.

But settlement talks resulted in Southwest Key agreeing to close two shelters in exchange for the state dropping its revocation threat. One of them was the Youngtown facility.

The shelter had previously been dogged by allegations of sexual assault involving children. Those earlier investigations ended with a plea deal for one boy who was accused by his roommate of placing his penis inside the roommate's mouth. Two other cases of alleged inappropriate actions with children were unsubstantiated.

Those allegations predated the surge of unaccompanied minors sent to Arizona shelters when the Trump administration last summer ordered migrant children to be separated from their parents at the border.

At the same time, Southwest Key announced it was closing Hacienda Del Sol in Youngtown, it also shuttered its Casa Phoenix shelter just south of downtown. Neither Southwest Key nor the state health department would comment on why that shelter, which housed as many as 400 children, was shut down.