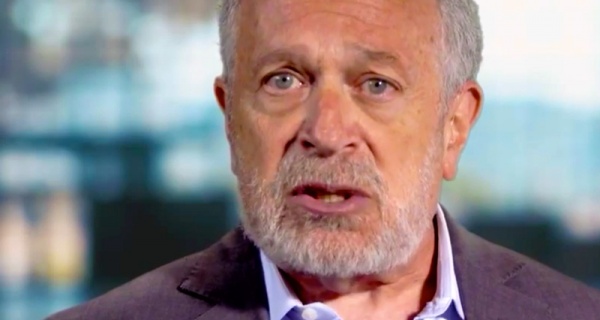 Date Posted: Thursday, December 20th, 2018
The problem with the Fed hiking rates now is that Trump has already stressed the paychecks of most Americans. The rate hike will make matters worse.
Most Americans are still living in the shadow of the Great Recession that started in December 2007 and officially ended in June 2009. More Americans have jobs, but their pay has barely risen when adjusted for inflation.
Many are worse off due to the escalating costs of housing, healthcare, and education. And the value of whatever assets they own is less than in 2007.
Trump has added to their burden by undermining the Affordable Care Act, rolling back overtime pay, hobbling labor organizing, reducing taxes on corporations and the wealthy but not on most workers, allowing states to cut Medicaid, and imposing tariffs that increase the prices of many goods.
All of which suggests we’re careening toward the same sort of crash we had in 2008, and possibly as bad as 1929.
Clear away the financial rubble from those two former crashes and you’d see they both followed upon widening imbalances between the capacity of most people to buy, and what they as workers could produce.
Each of these imbalances finally tipped the economy over.
The same imbalance has been growing again. The richest 1 percent of Americans now takes home about 20 percent of total income, and owns over 40 percent of the nation’s wealth. These are close to the peaks of 1928 and 2007.
The underlying problem isn’t that Americans have been living beyond their means. It’s that their means haven’t been keeping up with the growing economy. Most gains have gone to the top.
But the rich only spend a small fraction of what they earn. The economy depends on the spending of middle and working class families.
By the first quarter of this year, household debt was at a record high of $13.2 trillion. Almost 80 percent of Americans are now living paycheck to paycheck.
The last time household debt was nearly this high was just before the Great Recession. Between 1983 and 2007, household debt soared while most economic gains went to the top.
If the majority of households had taken home a larger share of national income, they wouldn’t have needed to go so deeply into debt.
Similarly, between 1913 and 1928, the ratio of personal debt to the total national economy nearly doubled.
After the 1929 crash, the government invented new ways to boost the wages of most Americans – Social Security, unemployment insurance, overtime pay, a minimum wage, the requirement that employers bargain with labor unions, and, finally, a full-employment program called World War II.
By contrast, after the 2007 crash the government bailed out the banks and pumped enough money into the economy to contain the slide. But apart from the Affordable Care Act, nothing was done to address the underlying problem of stagnant wages.
Without wage growth, most American workers can’t continue to buy. They’re in the same sort of debt trap that preceded the 2008 and 1929 crashes. Auto and home sales already are declining.
The Fed’s rate hike will only worsen this.
Ten years after the start of the Great Recession, it’s important to understand that the root of the collapse wasn’t a banking crisis. It was the growing imbalance between consumer spending and total output – brought on by stagnant wages and widening inequality.
That imbalance is back. Watch your wallets.