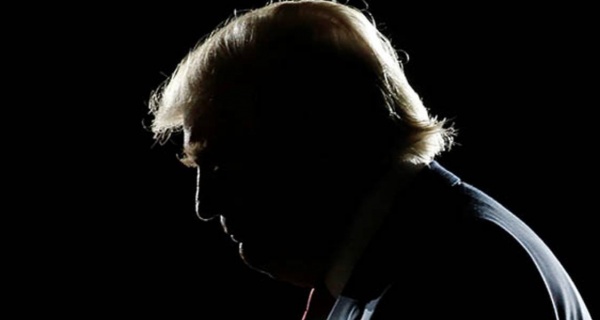 On Tuesday morning, the New York Attorney General‘s office announced that Donald Trump will shut down his eponymous charity, the Donald J. Trump Foundation. Not because he’s too busy to give it the attention it deserves, or because he wanted to change its name to The Very Legal and Very Cool Donald J. Trump Foundation and doing so required dissolving the organization and forming an entirely new 501(c)(3), but because, like most things associated with the 45th president of the United States, the charity is very likely a total a scam.

When Attorney General Barbara Underwood sued the foundation—plus Trump, Don Jr., Ivanka, and Eric in June—she accused the organization of “persistently illegal conduct,” and of functioning as “little more than a checkbook to serve Mr. Trump’s business and political interests.” A sampling of the allegations regarding how the family charity misappropriated its funds included:

**$10,000 that was spent on a portrait of the president, later found on display at the sports bar at Trump’s Doral golf resort;

**$100,000 that was allegedly used to settle a legal dispute with the city of Palm Beach, which Trump resolved by contributing the amount to the Fisher House Foundation;

**$258,000 that was allegedly used to settle lawsuits against Trump and his businesses, including $158,000 paid to the Martin Greenberg Foundation. Greenberg sued the Trump National Golf Club after it failed to pay him a promised $1 million for scoring a hole-in-one at a charity golf tournament; and

In addition, per Underwood, the board, which is composed of the president’s eldest kids, never once held a meeting, and Trump Organization C.F.O. Allen Weisselberg apparently had no idea he was an officer until investigators told him as much. (Weisselberg reportedly also said there was “no policy” to determine whether payments made by the charity were proper, which is not that hard to believe!) Meanwhile, according to The Washington Post, the largest donation in the charity’s 30-something history—$264,231 to the Central Park Conservancy—went toward restoring the fountain outside the Plaza Hotel, which Trump owned at the time. The smallest donation was a $7 foundation gift to the Boy Scouts, which just so happened to be “the amount required to enroll a boy in the Scouts the year that his son Donald Trump Jr. was 11.” (Yes, Donald Trump may be that much of a cheap prick.)

So, does today’s announcement leave the president and his children in a better position vis-à-vis legal exposure? Not at all! “We’ll continue to move our suit forward to ensure that the Trump Foundation and its directors are held to account for their clear and repeated violations of state and federal law,” Underwood said in a statement, while Letitia James, the woman set to succeed her come January, has vowed to make Trump’s life a living hell.

Alan Futerfas, who has the good fortune to serve as the foundation’s lawyer, accused Underwood of “politiciz[ing]” it, and got pissy about her claim that its closure was related to the ongoing litigation. “The foundation has been seeking to dissolve and distribute its remaining assets to worthwhile charitable causes since Donald J. Trump’s victory in the 2016 presidential election,” he said in a statement. “Unfortunately, the New York attorney general sought to prevent dissolution for almost two years, thereby depriving those most in need of nearly $1.7 million.” He did not say whether those most in need are the president or his children, whom, it should be noted, Trump won’t be able to pardon should the investigation result in charges at the state level. But given its track record, one can probably assume as much.