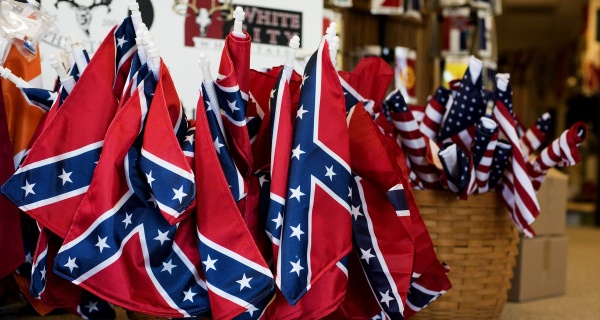 Date Posted: Tuesday, December 18th, 2018
Here in Charlottesville, we just witnessed claims of self-defense to justify James Fields’ decision to drive his car into a group of anti-racist protesters, taking the life of Heather Heyer. Some speculated that Fields’ irrational fear of danger facing the future of the white race motivated his actions, perfectly illustrating how the myth of white supremacy deludes resentful whites into acts of violence.
This case, along with an overall uptick in hate crimes across the nation, should be concerning to all members of our society, including the family and friends of would-be perpetrators of those crimes.
In the end, very few, if any, members of our society benefit from white supremacist ideology, and yet it has evolved, adapted, and withstood the test of time.
This begs the question: Is solidarity among economically disadvantaged racial and ethnic groups possible? Or is white supremacist ideology so deeply entrenched and so effectively nurtured by the white elite that it will remain resistant to accumulating evidence of its harm to everyone else?
Perhaps a better question is: how badly do poor whites have to suffer before they realize that by hanging on to the myth of white supremacy, they are complicit in their own oppression?
White supremacy is not just leading poor whites to engage in bias-motivated violence, it also is feeding their complacency with Trump’s failure to deliver on any of the promises he made to working-class whites. Recently, we found out that General Motors will be closing four U.S. plants and one Canadian plant, leading to the loss of thousands of jobs.
A year ago, Trump reassured residents of Lordstown, Ohio, that there was nothing to worry about because the manufacturing jobs are “all coming back.” Of course, they aren’t. The coming weeks and months will bring more of the same, and yet support for Trump remains strong among poor and working-class whites (especially men) and many do not fault him for GM’s departure from their towns. That these individuals continue to act against their economic self-interests by supporting Trump illustrates the brilliance and resilience of white supremacy.
As W.E.B. Du Bois wrote in his book, "Black Reconstruction in America," white supremacist ideals have long been championed by the white elite to prevent low-wage-earning whites and blacks from joining forces to advocate for better opportunities. Although white supremacist ideals did not confer material benefits to poor whites, they did confer psychological benefits in what Du Bois referred to as the wages of whiteness.
More recently, a number of political historians have outlined the ways in which white identity in a white supremacist society may yield both psychological and tangible benefits to poor and working-class whites. In addition to using whiteness to claim higher status in society, poor and working-class whites have had access to opportunities and safety (e.g., historically from violent mobs and currently from law enforcement) that meaningfully affect their quality of life and provide greater possibility for upward social mobility.
The findings of a recent research study suggest that white Trump supporters are aware of the unearned privileges that whiteness affords them and voted for Trump out of a desire to preserve them. Specifically, four out of five white working-class voters who expressed fears that recent advances being made by racial and ethnic minorities may threaten their way of life voted for Trump over Clinton.
But one has to wonder: Are the privileges of whiteness promised to economically disadvantaged whites worth it? While they may be avoiding some of the most egregious threats facing racial and ethnic minority groups (e.g., police violence, abuse at the hands of ICE), the harm being inflicted upon black and brown bodies is not exactly something impoverished whites can deposit into their bank accounts (unless of course they are employed by law enforcement agencies).
It is worth considering the harm that the myth of white supremacy inflicts upon financially struggling whites. For example, believing in one’s inherent superiority and the legacy of manifest destiny for white Americans makes a lack of economic success particularly disappointing to whites who feel more entitled to it. This disappointment could be one factor driving the opioid crisis among poor whites. In addition, this disappointment coupled with Trump’s relentless scapegoating of immigrants and hateful rhetoric against racial and ethnic minority groups (among others) appears to be driving some disgruntled whites to violence.
We all suffer as a consequence of this increase in hate-filled violence. Charlottesville has become shorthand for such hate crimes. Many of our residents are reliving the trauma we experienced a year ago as the murder trial of James Fields has forced us to rehash every disturbing detail of the attacks our community sustained on Aug. 11 and 12 of 2017.
There are many more cities that lack their own hashtag to represent the threat of white supremacy. But if everyone understood the true impetus driving the myth of white supremacy to be financial prosperity for the white elite, would that at least prompt poor and working-class whites to relinquish their role in its maintenance?