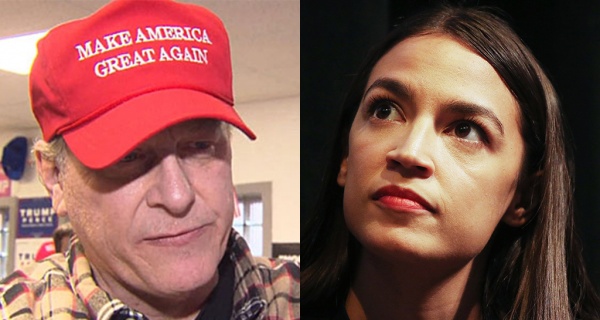 Former Red Sox pitcher Curt Schilling took a swing at Bronx Congresswoman-elect Alexandria Ocasio-Cortez, slamming her intelligence after she complained that her ideas are being scrutinized because of her young age.

The 29-year-old Democratic Socialist responded this week to what she considered a double standard she has observed in press coverage of herself compared to House Speaker Paul Ryan, the Boston Globe reported.

“Double standards are Paul Ryan being elected at 28 and immediately being given the benefit of his ill-considered policies considered genius; and me winning a primary at 28 to immediately be treated with suspicion & scrutinized, down to my clothing, of being a fraud,” she tweeted.

Schilling, an outspoken conservative, responded to Ocasio-Cortez’s complaint by tweeting that she is “being scrutinized and treated with suspicion because every time you speak you say something more stupid than the last time you spoke.”

He added: “You are a college graduate and likely the most unintelligent person, man or woman, in our government.’’

Rep. David Cicilline (D-Rhode Island) quickly went to bat for Ocasio-Cortez, telling Schilling that he should worry about his debt to the Ocean State before going after Ocasio-Cortez.

“Curt, you still owe my state $75 million,” Cicilline tweeted. “Maybe worry about that before you go after [Ocasio-Cortez] again.”

In 2010, Rhode Island invested $75 million to lure Schilling’s video game company, 38 Studios, to Providence from Massachusetts. The company ran out of money and went bankrupt.

The company laid off its staff in 2012 and filed for bankruptcy. Rhode Island sued and recouped some money. The case has been settled.