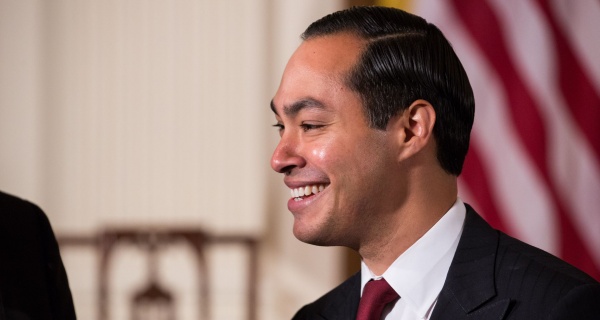 Former Secretary of Housing and Urban Development Julián Castro announced the launch of a presidential exploratory committee on Wednesday.

While he noted that he’ll formally decide whether or not to run for president in January, the committee will allow him to begin raising money for his campaign.

Castro, 44, is the grandson of a Mexican immigrant and the son of a Latina activist. He quickly rose to political fame after being elected mayor of San Antonio at age 34 and then serving as the keynote speaker at the Democratic National Convention in 2012. Castro’s twin brother, Joaquin, is also a politician, representing Texas’s 20th Congressional district since 2013, which covers half of their native San Antonio and the surrounding suburbs.

From 2014 to 2017, Castro served as Secretary of Housing and Urban Development under President Barack Obama. Since then, he was one of a handful of individuals on Hillary Clinton’s shortlist for vice president and has been publicly considering a run for president in recent months.

In launching the exploratory committee, he is one of the first Democrats to officially declare his intentions to run. Castro would be one of the youngest candidates and likely the most prominent Latino should he decide to go ahead with his candidacy.

In a video announcement posted to Twitter, Castro quoted his mother, saying, “If you want to make a change in your life, in your community, you don’t wait. You work. Make your future happen, she’d say to us. So we did.”

The last Democrat from Texas to run for president was Sen. Lloyd Bentsen in 1976.