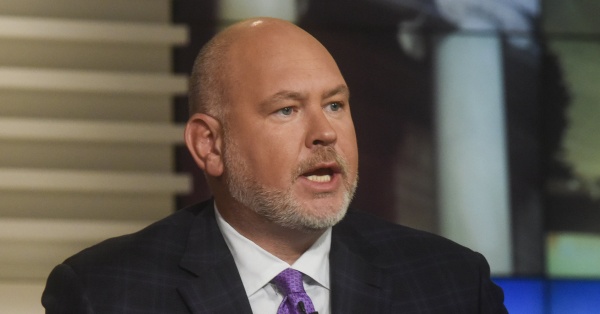 The president forced out the retired U.S. Marine Corps general after months of clashes, but he’s been turned down by multiple candidates — which Schmidt told MSNBC’s “Morning Joe” was nearly incomprehensible.

“It’s (an) extraordinary departure for people who work in politics,” Schmidt said. “If you’re someone who would ever be considered to be chief of staff to the president of the United States when the president asks you to serve the country — the answer is, ‘Yes, Mr. President, it would be an honor to do so.'”

“What we see is all of the careerists putting their ambition ahead of their service to the country,” Schmidt added. “In the case of (Rep.) Mark Meadows (R-NC), we see somebody has the requisite dishonesty necessary to be chief of staff to the president in this administration, but as a general proposition, when we look out at the field of candidates they understand that they won’t survive this, that their integrity, their reputations, their careers — all of it — will go up in smoke.”

“I just think as we see now this public auditioning for this job, perhaps bring back Omarosa or maybe it’ll Gary Busey or Meatloaf or some other contestants that graced the ‘Apprentice’ screens,” he said.

“As we watch this unfold from public turning down of this by a 36-year-old political operative (Nick Ayers),” Schmidt added, “all you can say when you look at it, though it is tragic, what a joke, what a farce this all has become in slightly less than two years since Donald Trump raised his hand, swore the 35-word oath of office and then has proceeded to desecrate it every moment of his presidential term since that moment where he said, ‘So help me God.'”